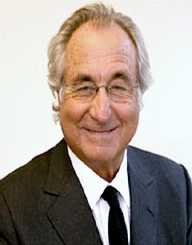 Bernard Madoff was a Wall Street broker who became infamous for being charged with an investment fraud that amounted to $50 billion. He is sentenced to 150 years in prison due to his crime of which only a portion of the wealth has just been returned to his clients.

He married his high school sweetheart Ruth Alpern in 1959. Together, they had two children named Andrew and Mark who later assisted Madoff in the family business.

A Bloodline Tied to the Finance Industry

Born on April 29, 1938, in Queens, New York, Bernard Lawrence Madoff was the son of Polish immigrants, Ralph and Sylvia Madoff. His parents were married at the height of the Great Depression in 1932 and settled for a job in finance before working as a housewife and a plumber.

Madoff’s mother, Sylvia, was registered as a real estate broker and dealer in the early 1960s working for Gibraltar Securities Company and listed the family residence in Queens as the company’s office. It was later closed down due to non-filing of financial conditions.

Growing up, Bernard Madoff was indifferent towards the subject of finance of which he only grew interested upon entering college. The young Madoff was interested in swimming, even joining his school’s local swim club where he was a regular competitor in meets.

His swim coach even hired him as a lifeguard in Atlantic Beach on Long Island’s Silver Point Beach Club and saved the money he earned from his sideline for later investment. Other than the sport, his attention was focused on his girlfriend, Ruth.


The Founding of Madoff Securities

Before entering the finance industry, Bernard Madoff initially aimed for a career in the law industry. He graduated in 1960 from Hofstra College with a degree in political science and later enrolled to Brooklyn Law School but dropped the pursuit in exchange of pursuing the job in the finance industry. A year before his graduation at Hofstra, he married his wife Ruth in 1959.

Bernard Madoff and his wife established the Bernard L. Madoff Investment Securities, LCC. The company was born from the savings he accumulated from working as a lifeguard amounting to $5,000 in Long Island along with the additional funds from working as an installer of sprinkler systems and  $50,000 worth of funds loaned by his in-laws.

His business clientele grew with assistance from his father-in-law’s connection and marketing who was also a retired certified public accountant. Included in his impressive list of the clientele are renowned director Steven Spielberg and prominent actor Kevin Bacon. The company’s annual return amounted to at least 10 percent which led to its popularity.

With a growing business at hand, Bernard Madoff later employed his family members as administrative help to the company. Both of his sons served as traders for the company while his younger brother Peter worked as the company’s chief compliance officer upon joining in 1970.

Bernard Madoff's downfall came on December 11, 2008. Before his arrest, he announced beforehand the early release of his sons’ bonuses which amounts to several million dollars. Suspicious to the incredulous amount, they demanded where the money came from of which Madoff ultimately admitted that the company he was handling was part of an elaborate Ponzi scheme.

His sons then reported him to local authorities where he was duly arrested. Bernard Madoff pleaded to 11 counts of felony on March 11, 2009, and was said to admittedly losing $50 billion worth of his investors’ money. June of the same year, he was sentenced to 150 years in prison by Judge Denny Chin and was sent to serve his term in North Carolina at  Butner Federal Correction Complex.

While serving his time, he suffered the death of his son Mark in December 2010 due to committing suicide while his other son Andrew died in September 2014 from a long battle against cancer. Earlier in 2014, Bernard Madoff was also diagnosed with stage 4 kidney cancer and suffered from a heart attack.

In 2017, Robert De Niro took on his role in the HBO adaptation of the 2011 non-fiction narrative by Diana B. Henriques entitled Wizard of Lies: Bernie Madoff and The Death of Trust.