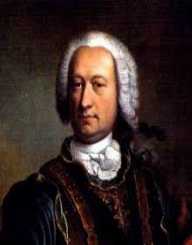 Some of his best works include the novel Justine, 1791, and The 120 Days of Sodom. For various reasons, Sade spent 32 years of his life in various prisons. The words sadist and sadism are carved from his name.

He received education from his uncle, the Abbe de Sade. Jean abandoned the family while Marie also joined a convent. Consequently, family servants raised Sade. The servants turned a blind eye on his vices. Therefore, he became a spoiled child and rebellious.

Marquis de Sade attended the Jesuit College, Lycée Louis-le-Grand in Paris where he spent four years. While there, he faced several corporal punishments because of his behavior.

After graduating from Lycée Louis-le-Grand, Marquis de Sade enrolled in a military academy at age 14. On December 14, 1755, he received a commission as a sub-lieutenant. Thirty months later, he graduated to the rank of cornet at the Brigade de S. André of the Comte de Provence's Carbine Regiment. Sade rose through the rank to become Colonel of the Dragoon Regiment. He also fought in the Seven Year’s War. After the war, he abandoned his military career.

Marquis de Sade became highly obsessed with pain and violence growing up. He built a private theatre in his Château de Lacoste castle in Provence in 1766. He lived a libertine lifestyle spending time with young prostitutes.

Also, he had a sexual relationship with his wife's sister, Anne-Prospère. Aside from gaining sexual satisfaction from the prostitutes, he also inflicted pain on them. Just a month after his marriage, he also had a relationship with actress La Beauvoisin. Also, he engaged the services of prostitutes at his chateau at Arcueil, where he subjected them to sexual abuses.

As a result, he faced imprisonment in the fortress of Vincennes on the orders of the King. However, he managed to escape some weeks later to continue his vices.

The first major public scandal involving Marquis de Sade was the affair with Rose Keller in 1768. Sade engaged the services of the young prostitute, Keller, on Easter Sunday in Paris. Taking her to his chateau at Arcueil, Sade locked and sexually abused her. Keller managed to escape through a window. The Sade family paid Keller for her silence on the case. However, she informed neighbors about the act of brutality meted on her. For this offense, he was sentenced to the fortress of Pierre-Encise.

Marquis de Sade moved to his château of La Coste after his release. He traveled to Marseille in June 1772, where he engaged the services of some prostitutes through his manservant Latour. As usual, he inflicted sexual pains on them. Also, he engaged in sodomy with Latour. After the incident, Sade and Latour absconded to the estates of the King of Sardinia. However, he had them arrested.

Subsequently, the Parlement at Aix sentenced them to death in absentia. Although the escaped to Italy, the two fugitives were later caught and imprisoned at the Fortress of Miolans in French Savoy. Four months later, they fled. Sade went into hiding at his château at La Coste, joining his wife. His wife later also became an accomplice of the horrendous acts of Sade.

Notwithstanding becoming a disgrace to the family, Marquis de Sade continued his immorality. A visit to Paris caused his arrest and detention at the dungeon of Vincennes on February 13, 1777. He unsuccessfully tried to escape. Sade also spent some prison terms at the Bastille, insane asylum at Charenton. He gained his freedom in 1790.

Marquis de Sade published several works after his release from prison, most of them anonymously. He wrote plays to theatres including Comédie-Française. He wrote the novel Justine, oulesmalheurs de la vertu (Justine; or, The Misfortunes of Virtue) and followed it with Juliette. These works caused his arrest on March 6, 1801, and subsequent imprisonment at Sainte-Pélagie Prison.

His imprisonment was on the behest of Napoleon. He later transferred to Charenton. However, unrepented Sade had his play performed at the prison with the inmates as actors. He started work on a ten-volume novel managing to complete Les Journées de Florbelle ou la nature dévoilée (The Days of Florbelle or Nature Unveiled).

Marquis de Sade married Renée-Pélagie de Montreuil with whom he had two sons Louis-Marie and Donatien-Claude-Armand, and a daughter Madeleine-Laure. After his release from prison in 1790, he divorced his wife and cohabited with actress Marie-Constance Quesnet. He later dated Madeleine LeClerc from 1800 to 1804. Marquis de Sade died on December 2, 1814. His son burnt all his unpublished works.