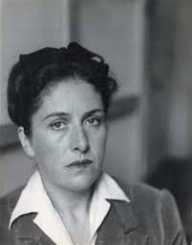 Dora Maar was born Henriette Theodora Markovitch on November 22, 1907.  She was a French photographer ad painter. She was also recognised as a poet. She died on July 16, 1997, at the age of eighty nine.

Dora Maar was born Henriette Theodora Markovitch on November 22, 1907, in Paris in France. She was born as an only daughter to Joseph Markovitch and Louise Julie Voisin. In 1910, her family moved to Buenos Aires where her father received numerous commissions. Her family moved back to Paris in 1926. Dora studied at the Central Union of Decorative Arts and the School of Photography. She later joined the Ecole des Beaux Arts and the Academie Julian. She loved going to a workshop owned by Andre Lhote. At the workshop one day she met Henri Cartier Bresson.

Later on, the workshop was closed, and Dora decided to leave Paris. She travelled to Barcelona but then went to London. In London, she took photographs of what seemed like the effects of the Great Depression following the Street Crash of 1929 in the United States of America. When she returned to Paris, she opened a workshop with the help of her father. In 1935, she met Pablo Picasso and became his muse as well as his companion. She extended her photography to Pablo’s studio. Later on, she acted as a model for his piece ‘Monument a Apollinaire.’

In the 1920s, Dora Maar took numerous photos with a Rolleiflex camera while on a cargo ship going to the Cape Verde Islands. In 1930, she established a photo studio with Pierre Kefer who was a photographer. Kefer photographed and decorated Jean Epstein’s film ‘The Fall of the House of Usher.’ They worked together on commercial photographs and advertisements. They also worked a bit on fashion magazines. She later met Brassai who was also a photographer. They shared the darkroom in the studio.

Dora Maar considered photographer Louis Victor Emmanuel as her mentor. In 1932, she was romantically involved with filmmaker Louis Chavance. In the same year, she made her publishing debut in the magazine ‘Art et Metiers Graphiques.’ Later, she held her first exhibition at the Galerie Vanderberg in Paris, France. She was a fascist as well as a surrealist. In 1935, she took a picture of designer Christian Berard, and it was captivating. The same year, she got a job as a set photographer on the film ‘The Crime of Monsieur Lange’ directed by Jean Renoir.

Dora Maar played a significant role in photographing the successive stages of the creation of ‘Guernica.’ ‘Guernica’ was painted by Pablo Picasso in his studio. Dora met Pablo in 1936 at the Cafe des Deux Magots. She was then involved in an affair with Pablo which ended badly after he physically abused her. In 1944, she appeared in the play ‘Desire Caught by the Tail’ as Fat Anguish. Picasso later bought her a house in Vaucluse where she retired and lived on.

Dora Maar started painting after she met painter Nicholas de Stael. Her paintings were not recognized until after her death. She painted works such ‘Portrait of Eluard’ and ‘The Child of 1946’ among others. She was a great painter who revealed the ghosts of her past through painting her surroundings.

Dora Maar died on July 16, 1997, at the age of eighty seven in her apartment in Rue de Savoie in Paris. Her remains were buried in the Bois Tardieu cemetery in Clamart.