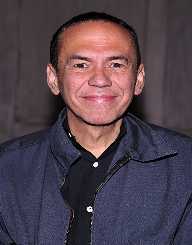 Gilbert Gottfried was born on February 28, 1955. Gottfried began performing as a stand-up comedian when he was 15 years old. He was doing his routines in various open mic nights in New York. He was performing for several years and became known as “the comedian’s comedian.”

Gottfried’s career took a major step forwards in 1980 when Saturday Night Live was searching for new staff and new comedians, and Gottfried was hired for season 6. His persona on Saturday Night Live was different from his trademark act. Gottfried was known for using a screeching and obnoxious voice and squinting. He was at first given very little air time. Besides, he did not enjoy doing many of the sketches.

Besides his work on the Saturday Night Live, Gottfried also began to appear on The Amazing Live Sea Monkeys and began voicing the crazy dentist Dr. Bender in The Fairly Odd Parents. He was also the voice for Belly Button Elf on Ren and Stimpy. Gottfried’s big break came during the early 1990s, when he was cast in the films Problem Child and Problem Child 2 as the adoption agent Igor Peabody. His next prominent role was as the parrot Iago in Aladdin. After these roles, Gottfried began taking parts in different voicing projects, such as Kingdom Hearts and House of Mouse. He was the voice of 1994s Thumbelina as Berkely Beetle.

Gottfried has also provided a voice for several commercials like the Aflac commercials, voicing the duck and Digit in Cyberchase. His voice performances include such characters as Mr. Mxzyptlk in Superman: The Animated Series, and Nick-Nack in Superboy. During this time in his career, Gottfried made regular appearances on The Tonight Show with Jay Leno.

In 204, Gottfried’s stand-up comedy was featured on the Comedy Central’s ShortiesWatchin’ Shorties. He also took part in the Office XP Software advertising career. In 2006, he performed with the University of Pennsylvania’s Mask and Wig Club in their Intercollegiate Comedy Festival. The same year, he made an appearance on Let’s Make a Deal portion of the Gameshow Marathon.

Gottfried was the voice on an episode of Family Guy, Boys Do Cry and guest starred in Hannah Montana as Barny Bittmen. He made guest appearances on Law & Order: Special Victims Unit as Leo Gerber. In 2013, he began working on Food Network’s Rachel vs. Guy: Celebrity Cook-Off. The same year, he also appeared on ABC’s Celebrity Wife Swap and swapped wives with Alan Thicke. In 2014, Gottfried and Frank Santopadre began airing Gilbert Gottfried’s Amazing Colossal Podcast, a show about classic movies and Hollywood legends. He was also a contestant on the NBC reality show The Celebrity Apprentice. His latest role was in the comedy/fantasy film Abnormal Attraction in 2016.

During a Grammy Awards party in the 1990s, Gilbert Gottfried met Dara Kravitz. The couple married in 2007 and had two children together.