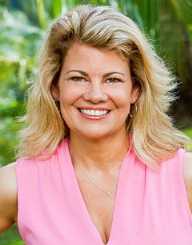 Lisa Diane Whelchel is an American actress, author, musician and public speaker. Born on May 29, 1963, she is best known for her role as Blair Warner on The Facts of Life1979 to 1988. She also played the role of Mouseketeer on The New Mickey Mouse Club from 1977 to 78. Whelchel who made a film debut in The Double McGuffin, 1979 as Jody has since played several roles in television and films. Her contemporary Christian album, All Because of You, earned her a Grammy Award for Best Inspirational Performance nomination in 1984. Whelchel is a regular speaker with Women of Faith Christian Conferences since 2009. She competed in the CBS reality series Survival: Philippines in 2012, tying at second place and won $100,000 for being voted fan favorite.

Lisa Whelchel was born on May 29, 1963, in Littlefield, Texas to Virginia "Genny" (née French) and James "Jimmy" Whelchel Sr. Her father was an electrician and her mother a real estate agent. She is the sister of James "Cody" Whelchel Jr. After her parents’ divorce in 1981, her mother married Roy Coleman in 1983, hence, Lisa having ahalf-sister Casey Justice Coleman. Lisa spent most of her childhood years in Fort Worth, Texas. At the age of ten, she became a born-again Christian and has since remained a devotee of the Christian faith. She received a high school education in Joshua, Texas.

Lisa started acting at the young. When she was 12 years, talent scouts who were in Texas in search for children interested in working with Disney Studio for the role of Musketeer on The New Mickey Mouse Club, identified her recruiting her for the role. A year later, she moved to California for the show, which was syndicated, from 1977 to 1978. After the show ended, the doors were opened for many other roles.

The Fact Of Life

In 1979, Whelchel earned a role on the television series, The Facts of Life, as Blair Warner, which became her most famous role. Along with her were characters like Tootie (Kim Fields) and Natalie (Mindy Cohn). Jo (Nancy McKeon) joined them in the second season. Lisa had to reject one of the storylines that would have made her character lose her virginity. She rejected the role due to her Christian principles and the fact that she was a devoted Christian. With this, the storyline was rewritten for Natalie to play that part. The show ended in 1988. Lisa would reprise the role in the made for TV movie, The Facts of Life Reunion.

On March 7, 2004, she reunited with another The Fact of Life character Charlotte Rae to perform the theme song of the show at the 2nd Annual TV Land Awards at the Hollywood Palladium. She appeared with two co-stars of the show to promote the release of the DVD of the first and second seasons of the show in 2006. Lisa alongside co-stars Charlotte Rae, Kim Fields, Cloris Leachman, Nancy McKeon, and Mindy Cohn received the Pop Culture Award at the 9th Annual TV Land Awards.

Lisa Whelchel released the Christian pop album All Because of You in 1984. The album became very popular reaching No. 17 on the Billboard Contemporary Christian music charts. The album contained songs like “All Because of You", "Just Obey", "Good Girl" "Cover Me Lord" among others. That same year, she earned a nomination for the Grammy Award for Best Inspirational Performance.

Lisa is an inspirational speaker and been speaking in churches and conferences since 2004. She founded the Momtime Ministries in 2000. She has since 2009 being touring with the Women of Faith conferences, where she speaks on child discipline and motherhood among other topics. She is the author of books including So You're Thinking About Homeschooling and The Facts of Life(and Other Lessons My Father Taught Me), and Taking Care of the Me in Mommy. Others include The Busy Mom's Guide to Prayer, The Busy Mom's Guide to Wisdom, The Busy Grandma's Guide to Prayer and Speaking Mom-ese: Moments of Peace & Inspiration in the Mother Tongue from One Mom's Heart to Yours.

Lisa Whelchel contested in the in the Survivor: Philippines, 2012 as a member of the Tandang tribe. She placed second along with Rhinosoft Interactive co-founder Michael Skupin. She won $100,000 for becoming voted the Sprint Player of the Season.

Lisa Whelchel married Steven Cauble, an associate pastor of The Church on the Way in Van Nuys, California on July 9, 1988. They had three children and divorced in March 2012.