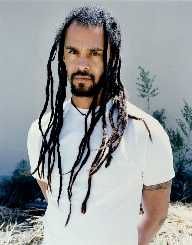 One of Franti’s first schools was in Alberta; here he got his primary education. In high school, he transferred to Davis Senior High. He graduated from his school. After graduating from high school, Franti attended the University of San Francisco. It was here that he fell in love with poetry and began writing poems and lyrics. While at the school, he wrote some of his first songs, some of which were played on the campus radio station, but that was not officially produced in a professional setting. He graduated from the school, earning a bachelor’s degree.

In 1986, Michael Franti joined his first major band, the Beatnigs. He was with the band for several years, producing a couple of albums together, including Television: The Drug of the Nation. The bad disbanded at the end of the 1980’s.

In 1990, parts of the band dissolved, but one member of the band, Rono Tse, formed a new band with Franti called The Disposable Heroes of Hiphoprisy. The band did not come out with their first album until two years later. The debut album was titled Hypocrisy is the Greatest Luxury. The album greatly boosted Franti’s fame.

In 1994, Michael Franti joined yet another new band, Spearhead. It was in this same year that The Disposable Heroes of Hiphoprisy broke up. In the same year, the band was formed, they released their first album: Home. The next year, the band was invited to produce songs for the soundtrack for the movie Blue in the Face. However, this album did not count as one of the band’s albums. Therefore, the band’s second album was released in 1997, called Chocolate Supa Highway.

The first decade of the 2000’s was a wild time for both Franti and Spearhead. In 2001, the band released another new album: Stay Human. Throughout the decade, the band came out with several more albums, including Everyone Deserves Music, All Rebel Rockers, and Yell Fire! During this decade, Franti also teamed up with other bands, producing music for the albums Look at All the Love We Found and And All the Pieces Matter.

In 2010, Spearhead released yet another album: The Sound of Sunshine. Michael Franti and some of his bandmates were also featured in a music-related documentary: Sounds Like a Revolution. The band’s most recent album, All People, was released in 2013. The band (and Franti) currently works on their music, hoping to produce more music soon.

He has visited the Middle East several times and has even made a documentary about the struggles people face there, called I Know I’m Not Alone. The documentary was quite famous for a few years in the mid-2000’s. The film was even shown at Australia's Parliament House in 2006.

In 2001, he was awarded the Domestic Human Rights Award, given by the Global Exchange.

When not fighting for peace in the Middle East, Michael Franti also supports veganism (not eating foods made from animals or animal products).