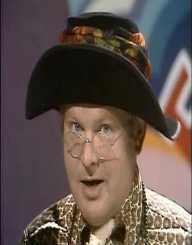 Alfred Hawthorne Hill was born on January 21, 1924, in Southampton, Hampshire, England. His father was also in the entertainment industry, working as a clown for some years. This likely encouraged Hill’s love of comedy that lasted throughout his lifetime. He also has two siblings, Leonard and Diana. He began to go by the name Benny Hill when he began working in the entertainment industry.

Before Benny Hill was a television star, he worked some odd jobs and various careers to earn money. Some of his jobs before television included being a milkman. He also spent some time in the military during World War II.  His first careers in the entertainment industry were his stints as a drummer and a radio performer.

Benny Hill made his first appearance on television in 1950. He had a role on the show Hi There. He also worked on the made for TV movie, The Christmas Service Show, as a presenter in 1953. It wasn’t long until he was noticed by some important people who loved his sense of humor and decided to make him a star.

Benny Hill’s greatest claim to fame was his role in the skit comedy show, The Benny Hill Show. The show first aired in 1955. While working on the show, he wrote over 50 of the episodes, wrote hilarious songs such as Harvest of Love, Ernie, and Gather the Mushrooms. With the show came spin-off films, like The Best of Benny Hill, a video game (Benny Hill’s Madcap Chase), and Benny Hill’s World Tour: New York video. The show was highly successful for a few decades, but in the 1980’s the show began to suffer in the rating department. Although the show had a few loyal fans, the skit show became too expensive to continue producing. The show aired until 1991, and Benny Hill was involved with each episode until this time.

While working on The Benny Hill show, he also acted in other television shows and movies. Some of his other famous works are listed below.

Benny Hill won one award during his time as a comedian: the BAFTA TV Award for Best Script for the Benny Hill Show. He was also nominated for three other awards, all for his work on The Benny Hill Show, which are listed below.

In 1954, Benny Hill was named the TV Personality of the Year.

Benny Hill had various health problems in his lifetime, much of which came from his being overweight. He suffered a heart attack in early 1992 and was advised to get surgery and change his lifestyle. Only a week later, his kidneys also failed. He died on April 20, 1992, in Teddington, England. He was 68 years old when he passed away.