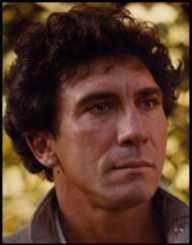 Reinaldo Arenas was a Cuban poet, writer, and political activist. His influence within the Latin American literacy world became immense after his fall out with the Cuban administration.

Reinaldo Arenas was born on July 16, 1943, in Oriente, Cuba. He attended Rural School 91 in the Perronales County in Oriente province. He was brought up by his mother after his father Oneida Fuentes, left them in his toddling years. Though surrounded by poverty, arenas enjoyed the carefree rural life of plants, trees, and fresh air.

From an early age, his mother helped him in his literary studies. He would also go for evening studies at a local homeschool. It was there that he learned poetry and literature. To add on his early exposure, he would master the traditional stories narrated by his grandmother.

In 1958, Reinaldo Arenas joined the revolutionary forces of Fidel Castro. He was only 15 years. Castro’s philosophy of equitable distribution of wealth and the empowering the rural community appealed to most rural people. Five years later, he got a chance to study in Havana. He enrolled at the University of Havana to study arts, majoring in literature and philosophy. Unfortunately, he never graduated.

After dropping out of college in 1963, Reinaldo Arenas became a researcher at the Jose Marti National Library. He stayed at the library for five years until 1968. He also worked for the Cuban Book Institute from 1967 to 1968. Eventually, he left for an editors’ job at La Gaceta de Cuba. At the magazine house, Arenas stayed from 1968 to 1974.

Reinaldo Arenas started writing his novels while still in employment. His first novel was published in 1967 and was titled Singing from the Well. Due to his change of heart towards the Cuban government, the Castro administration persecuted him. His subsequent novels were banned in Cuba. In 1969, his second novel, Hallucinations was published out of Cuba. The first issue was published in France and was in French.

Reinaldo Arenas' dissidence activities landed him in prison in 1974. After several failed attempts to escape from prison, Arenas eventually denounced his work. Despite his denouncing, Arenas continued to write in poetry and essays while in prison. Because of his excellent behavior, the Cuban government released him from prison in 1976. He kept a low profile in Cuba until his escape to the US in 1980.

In the US, Reinaldo Arenas settled in New York. He resumed his writing work and continued to publish his collections. His first publication was a novel, Old Rosa, published in 1980. In 1982, he released his book, Farewell to the Sea. Four years later in 1986, he published a collection of poems and essays which he wrote while in prison. The collection known as Necessary Freedom was closely followed by another novel, Graveyard of the Angels.

Arenas continued to publish his work in the US. Other known works are Doorman, Colour of Summer, and the Assault. He also has an autobiography, Before Night Falls done in 1992. This was released after his death. The same biography was immortalized into a film in 2000. Another novel published posthumously was Journey to Havana.

Reinaldo Arenas was a self-declared homosexual. He discovered his sexual inclinations while still a teenager. Due to the persecution of gays in Cuba, he kept it secret. He only talked about his sexuality after he became a critic of the Castro administration. He was diagnosed with HIV/AIDS in 1987.

After battling with depression and the Aids disease for years, Reinaldo Arenas eventually took his own life on December 7, 1990, in New York.

In his work, Arenas was always a critic of situations. His early life from a broken family made his writing clear. He criticized the Batista’s regime, and later the Castro administration. His other targets were the Catholic Church for its orthodox stance on homosexuality. The US community was also part of his target for its hypocritical foreign policies around the world.

Despite having no good foundation in formal education, Arenas rose to be one of the most acclaimed writers from Cuba. The state persecution and subsequent imprisonment in the 1970s helped him become focused. He proved to his critics that intellectual ideas could not be silenced by capital crackdowns on the citizenry.