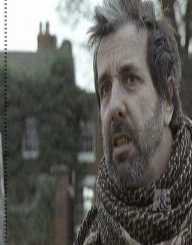 Brian Hibbard ruled the 20th-century with his tremendous tone that made him join a cappella group in the 1980s.He backed it up with a thespian skill that made him appear in well-vast television series such as Coronation Street and Emmerdale. In between his Hollywood fame, Brian was featured in not one but more films including Thompson and Brother and Sisters. Even though he departed from the world five years ago, Brian is still defined as a remarkable actor and envied singer. The entertainment industry will undoubtedly miss one of their own. Read along.

On 26th, November 1946 Brian Lewis Hibbard was first seen in the world in Ebbw Vale, United Kingdom. He was born in a well-to-do family which in turn made him join prestigious schools. He first enrolled at Vale Grammar School in the UK. After passing through several trials and fails, he opted to form a singing group which he called The Flying Pickets. The band practiced vocal Capella’s which made them travel from one country to the next. For a year Brian and his team performed at Ebbw Vale Leisure Centre. The group was mostly known for their first release “Only You.” In 1984 they recorded two of the most famous Capella’s including When You’re Young and In Love as well as Who’s That Girl song.

In 1986 Brian left the Flying Picket group together with his long-term friend, David Gittins. The two came to release their first single titled Mr. Blue. Without showing any satisfactory results in his singing career, Brian opted to try politics in the 1960s.It was there that he began to act in several companies, taking nothing else than political films.

In 1980s Hibbard opted to pursue his acting career in television. He was first featured in a TV series called Coronation Street where he played as Doug Murray-mechanic. He followed it up with a drama called Pam Fi, Duw? In 1997 he appeared in a film called Twin Town followed by The Armando Iannucci romcom.

From 1997 to 2011 Brian Hibbard appeared in both movies and television roles. Some of the notable ones include EastEnders, Dalziel, and Pascoe, Rancid Aluminium, The Baker, Revolver among others.

Brian Hibbard’s life and career were cut short when he was diagnosed with prostate cancer. He tried everything to act as if he was okay, but the stress and strain of the disease took his career in 2011. He was announced dead while he was receiving treatment and chemotherapies at the University Hospital of Wales. It was in 1996 that he married Caroline Bunce, an actress. The couple was blessed with three children: Lilly, Cai, and Hafwen. Brian called it quit the world in June 2012 at 66 years of age. In 2006 he garnered a BAFTA Award for his tremendous role in Little White Lies film.