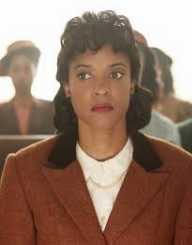 Henrietta Lacks is famous for being the originator of the oldest immortalized cell line known as the HeLa cell line. When Lacks contracted cervical cancer, her cancer cells were used for microbiological culture by noted cell biologist George Otto Gey that resulted in the creation of the most widely used human cell line.

Just like any immortalized cell line, the HeLa cell line keeps on dividing and redoubling indefinitely. Lack’s tumorous cells were the first human cells to be artificially grown in a lab, and the cell line has contributed immensely to biomedical research and biotechnology. From its discovery in 1951, the HeLa cell line has been extensively used for medical research and has been used for developing vaccines, gene mapping, radiation effects, and many other purposes.

The biopsy samples were taken without Lacks’ consent, and her family remained oblivious of the existence or the source of the HeLa cell line until 1975. Needless to say, Lacks and her family members were not paid any compensation either, although the cell line has been and is still continuously used for commercial purposes and research.

Born as Loretta Pleasant on August 1, 1920, Henrietta Lacks had a strange childhood. She had so many siblings that after the untimely death of her mother Eliza, her father Johnny found it difficult to raise all of them together. Thus, all ten children were shared among the relatives. Lacks grew up with her grandfather Tommy and her cousin David Lacks, in a modest log cabin that was built on a plantation owned by the family. Lacks started working as a tobacco farmer, but she became pregnant when she was just 14 years of age.

The father was her cousin David, with whom she would bear another child 4 years later. The lovers eventually married in 1941 and moved to Maryland. They bought a house with the help of their cousin Fred Garrett. The couple had three more children while in Maryland. The last child was born just a few months before Lacks was diagnosed with terminal cervical cancer.

Henrietta Lacks suffered huge blood loss during the birth of her last child. While being treated for syphilis, doctors found a lump of mass on her cervix. She was admitted to John Hopkins Hospital in Baltimore as it was the only hospital in the vicinity that treated black people. A biopsy report confirmed that she had cancer. During the procedure, two separate samples were also taken from Lacks’ cervix.

The doctors did not seek her permission for this. Both the samples were then passed on to George Otto Gey, who was researching on carcinoma at that time.

Gey noticed that Lack’s cells were unusual as they reproduced rapidly and kept dividing many times without deteriorating. This made the cells immortal and perfect for conducting tests and detailed research.

Lacks passed away at a mere age of 31 on October 4, 1951, when cancer metastasized to other organs and nodes. She endured unbearable abdominal pain and received blood transfusions later on. After her death, Gey also obtained samples from her autopsy at John Hopkins.

HeLa cells have been reproduced for approximately 50 million metric tons. They have been used for treating other diseases and for research on several medical conditions. In 1954, HeLa cells were used to develop the polio vaccine. After that, the cells have been mass-produced and has become the most commonly used cell line by scientists. They were called HeLa based on Lacks’ first and last names.

Henrietta Lack's contribution is extraordinary, and she got the acknowledgment that she deserved. Morehouse School of Medicine held the first HeLa Women’s Health Conference on October 11, 1996. That day was subsequently honored as “Henrietta Lacks Day". In 2010, the John Hopkins institute introduced the annual Henrietta Lacks Memorial Lecture Series.

A year later, Lacks was awarded an honorary degree posthumously by the Morgan State University. Finally, in 2014, she was inducted into the Maryland Women's Hall of Fame, and an insignificant planet was named after her as "359426 Lacks" to honor her legacy.