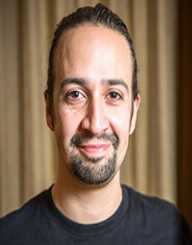 Television personality, actor, and minister Fred Rogers was born on the 20 March 1928 in Latrobe, Pennsylvania. He had one sibling, a sister Elaine. He had a musical grandfather who exposed him to music, and at age five, his mother taught him to play the piano.

Fred Rogers went to Latrobe High School, graduating in 1946 and he then studied at Dartmouth College for two years (1946 to 1948). He was accepted into Rollins College, Winter Park, Florida and obtained a degree in musical composition in 1951. Rogers also studied theology, and in 1963 he graduated from the Pittsburgh Theological Seminary and was ordained as a minister by the Presbyterian Church.

His first job was working as an assistant producer on The Voice of Firestone. Fred Rogers went on to work as a floor director on The Lucky Strike Hit Parade, The Kate Smith Hour and the NBC Opera Theatre.

In 1953 Rogers joined WQED Pittsburgh, the first community-sponsored educational television station in the United States. Rogers was tasked with developing a programme schedule, and he came up with The Children’s Corner. The Children’s Corner was a daily, hour-long programme hosted by Josie Carey. Rogers worked as a puppeteer, organist and composed the music. The show soon won an award for the best locally produced children’s programme in the United States: the Sylvania Award.

Rogers started studying again. He had enrolled to study theology at Pittsburgh Theological Seminary, and he was also studying at the University of Pittsburgh Graduate School of Child Development .

In 1963, the family moved to Canada where Rogers developed an educational programme for CBC Canada. It was around this time that he started appearing on camera for the first time. The family returned to Pittsburgh in 1966. He used parts of the CBC programme to develop his new series entitled Mister Rogers Neighbourhood, which was released by the Eastern Educational Network. By 1968, the series was released by the National Educational Television, an earlier version of PBS .

Fred Rogers became the Chairman of the Forum on Mass Media and Child Development of the White House Conference on Youth in 1968. He won the George Foster Peabody Award twice; an  Emmy Lifetime Achievement Award and was inducted into the Television Hall of Fame (1999). In 2002 Rogers was awarded the Presidential Medal of Freedom. He was a Grand Marshall of the Tournament of Roses Parade in 2002 the year before his death.

He was the recipient of over forty honorary degrees including from Yale University, Boston University,  University of Pittsburgh and Rollins College.

Besides his musical career, Rogers was a general aviation pilot.

Throughout his life, Rogers was an ethical vegetarian.

Rogers died at home in Pittsburgh, Pennsylvania on the 27 February 2003.

The Rogers family were of the Presbyterian faith.