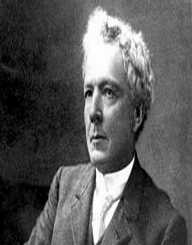 Luther Burbank was an American botanist and horticulturist. Born on March 7, 1849, he is one of the pioneers in agricultural science. Throughout his career that spanned for over fifty years, he developed more than 800 varieties and strains of the plants. He created varieties of fruits, vegetables, grains, plants, and grasses. He also developed a spineless plumcot and cactus used in cattle feed. The strains and varieties he created include the Shasta daisy, the "Santa Rosa" plum, the "Wickson" plum, the white berry and the freestone peach among others.

Luther Burbank created the Russet Burbank potato to help cushion the people of Ireland during the devastating Irish Potato famine. Despite developing and producing several numerous varieties and strains, most intellectuals in the science field did not consider him as a scientist since he did not document his procedures.

Luther Burbank was born on March 7, 1849, in Lancaster, Massachusetts as the thirteenth child of eighteen by his parent. He grew up on a farm, hence his extensive interest in agriculture growing up. His mother also owned a large garden, which helped him to develop his interest. Burbank received his high school education at Lancaster County Academy but did not continue afterwards. At the age of 21, he lost his father and was given his share of his inheritance, which he used to purchase a 17-acre land near Lunenburg centre. It was on this land that he developed the Burbank potato.

Luther Burbank travelled to Santa, California, with the money he earned to start his agricultural works. While there, he bought a 4-acre plot of land. He developed the property into an experimental field with a nursery and greenhouse, which he conducted crossbreeding experiments on plants. This site is now a city park called Luther Burbank Home and Gardens and opened to the public. His works were greatly influenced by the books of Charles Darwin including The Variation of Animals and Plants under Domestication, 1868.

Luther Burbank also developed the Gold Ridge Farm from an 18-acre plot of land he purchased in Sebastopol. He became famous for his plant collections especially the “New Creations in Fruits and Flowers’ in 1893. He earned several grants from the Carnegie Institution from 1904 to 1909 in support of his research on hybridization. Since Burbank, did not document his works, his critics attacked his approach, saying he was not scientific in his methods. Most of them never regarded him as a scientist. Nonetheless, Burbank was results-oriented and practical than keeping records.

Luther Burbank created and developed dozens of fruits, vegetable, plants, and grasses among others. The varieties of fruits he created include raspberry, peach, plum, pear, blackberry, and prune. He also developed created varieties of tomatoes, potatoes, ornamental flowers, and plants. In numbers, the fruits he created are 133 plums and prunes, 35 fruiting cactus, 16 blackberries, 11, quinces and ten strawberries among others. He created nine types of grasses and grains, 26 species of vegetables and about 91 types of ornamental plants.

Luther Burbank married twice first to Helen Coleman in 1890 and divorced six years later. He then married Elizabeth Waters in 1916. He had no child in both marriages. He suffered a heart attack in March 1926 and developed gastrointestinal complications. He died on April 11, 1926, at age 77. He was interred near the greenhouse at the Luther Burbank Home and Gardens, Santa Rosa, California in an unmarked grave.