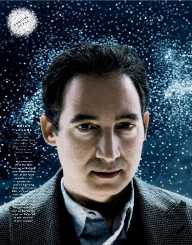 Brian Greene was born on February 9, 1963. He is an American physicist, mathematician and string theorist.

Brian Greene was born on February 9, 1963, in New York, United States of America. He was born to Alan Greene who was a performer and his wife. He attended Stuyvesant High School. In 1980, he joined Harvard University where he studied physics and graduated with a Bachelor’s Degree in Physics. He later joined Oxford University for his Post Graduate Degree. He graduated from the university in 1987. He was a Rhodes Scholar. At the Oxford University, he also studied piano with pianist Jack Gibbons.

In 1990, Brian Greene was appointed as an assistant professor at the Department of Physics at Cornell University. He later became a full professor in 1995. In 1996, he was selected as a full professor at Columbia University. He is also a co-director of Columbia University’s Institute for Strings, Cosmology and Astroparticle Physics. He researches on String theory which is a candidate for a theory of quantum gravity. He is known for his contribution to the understanding of the different shapes and curled up dimensions of string theory can take. He has worked on mirror symmetry.

Brian Greene is also popularly known for his research on the flop transition. Flop transition is a mild form of topology change which shows that topology in string theory can change at the conifold point. He currently is researching on string cosmology. In 2008, he founded the World Science Festival alongside Tracy Day. The Festival aims to enhance scientific research and activities. He is the Chairman of the Board of the World Science Festival.

Brian Greene is married to Tracy Day who is a former ABC Producer. He is a vegan. He became a vegan in 1997.