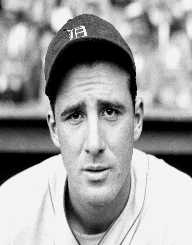 Hank Greenberg was born on January 1st, in 1911. He is famous for having cemented his place as a Major League baseball star during the 1930s to 1940s. At the time, he played for the Detroit Tigers for the position of the first baseman.

Hank Greenberg was born on January 1st, in 1911. His place of birth was in Greenwich Village, New York City. He was the son of Sarah and David. Both his parents ran a thriving cloth-shrinking plant.

Hank Greenberg went to James Monroe High School situated in the Bronx. He began demonstrating his skills right from this point as he played as an all-round athlete. Although he enjoyed different types of games, he fell in love with baseball. He opted to play as a first base. Later, he also played basketball where he aided his team to emerge the city championship winners.

As a baseball player, Hank Greenberg first began playing in minor leagues for about three years. In 1930, he teamed up with Hartford Senators and played 17 games with the team. After this, he went and joined Raleigh Capitals.

In 1931, Greenberg signed up with Evansville Hubs before joining Beaumont Exporters in 1932.

Hank Greenberg began playing in the major league when he was only 19 years old. At this age, this made him the youngest player in the league. In 1933, he teamed up with the Tigers. During his first season with the club, he managed to hit .301 with 87 runs. He improved during his second season hitting .339 and at the same time aiding his team to qualify for World Series.

In spite of the injuries that he suffered from during the 1930s, he still managed to achieve the recognition of being the AL All-Star roster in 1937. He was also voted for the same award the following year.

Aside from breaking records at the pitch, Hank Greenberg also earned credits for being the first ever baseball player to be drafted into the army. He began offering his services onMay7, in 1941. He was a patriotic individual, and he was willing to receive a reduced salary cut from baseball to provide his services for his country.

On February 18th, 1946, Hank Greenberg wedded Caral Gimbel. This was just three days after he had signed a contract with the Tigers. The two were blessed with three kids. In 1958, the two went separate ways. Afterward, he wedded Mary Jo Tarola in 1966.

Hank Greenberg passed away on September 4th, in 1986. He was 75 years old at the time of his demise.