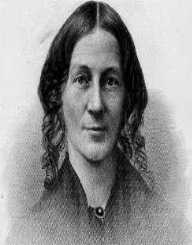 Myrtilla Miner was born on March 4, 1815. She was an American Educator. She was also an abolitionist. She was renowned for her successful efforts in the establishment of African American girl’s school. She died at the age of Forty Nine years.

Myrtilla Miner was born on March 4, 1815, in Brookfield, New York. She was brought up alongside eleven siblings. Her passion for books grew while she was a kid. Hence she used most of her time studying. In 1840, she joined Clover Street Seminary where she was educated. In 1844, she graduated with her degree in Education.

Myrtilla Miner started her teaching career at Rochester in New York. She later taught in a school in Providence, Rhode Island. In 1846, she went to teach at the Newton Female Institute in Whitesville, Mississippi which consisted of the daughters of the plantation owners. She later developed the urge to teach the African American girls who were at that time slaves.

Her urge was refuted and considered illegal. In 1848, she went back to New York due to her ill health. She later after recovery started to collect funds to establish a school that will cater to the African American Girl’s study urge. In 1951, with the help of Harriet Beecher and John Hopkins among other philanthropists, she established a permanent location for the school.

Myrtilla Miner successfully established Normal School for Colored Girls. Before the school could have full support, she encountered opposition from people in Washington D.C since slavery was still illegal. Besides the protests, she started a class which had six girls who were children of the then freed slaves. In 1857, she left the school in the hands of Emily Howland due to her ill health.

The school was later closed due to the Civil War. It was after that reopened. The school in conjunction with other local institutions formed the University of the District of Columbia. In 1861, she moved to California to seek medical attention and regain her health. Her School Building is currently a part of the School of Education at Howard University.

On December 17, 1864, Myrtilla Miner died in Washington D.C of complications from a road accident. She was laid to rest in Oak Hill Cemetery in Georgetown, Washington D.C.