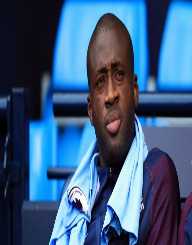 Soccer player Yaya Touré has been a celebrated athlete in both Europe and Africa.  The midfielder has represented major leagues while representing his home nation of Ivory Coast.

Yaya Touré started his professional soccer career in 2001 with the Beveren, the Belgian soccer club in the European league.

There were some other Ivorian players on that team at that time.  He stayed with Beveren for two years before signed on with the Ukrainian league Metalurh Donetsk.  Since 2004,  Touré has been in the Ivory Coast National Football Team.

Touré appeared 74 times and made four league goals.  With rumors of conflicts with Barcelona coach Pep Guardiola,  Touré was released from the team.  He was transferred to Manchester in England where his brother Kolo played.

As part of the Manchester team,  Touré scored the only goal in the 2011 FA Cup that gave the organization their first major title since 1976.

Yaya Touré announced his retirement from international soccer in 2016 but returned to national team set-up in March of 2018.

Yaya Touré married his wife Gineba in 2004.  The couple has two children.

Yaya Touré became a goodwill ambassador for the United Nations Environment Program in 2013 during his campaign to ban elephant poaching.

As a member of FC Barcelona, Touré won consecutive La Liga titles in 2009 and 2010.  His individual and team honors range from championship titles and premier leagues to Player of the Year from numerous organizations, most recently Manchester City Player of the Year in 2013-2014.

In December 2016, Yaya Touré was fined £54,000 for drinking and driving.  As a Muslim, he has refused alcohol due to his religious beliefs but said that he was not aware that the cola that he was drinking had brandy in it.

Yaya Touré was two times over the legal driving limit and received the highest fine along with a ban from driving for 18 months.