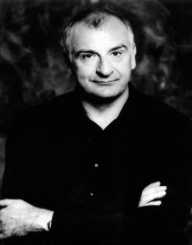 Douglas Noel Adams famous known as Douglas Adams was born on March 11th, in 1952. His place of birth was in Cambridge, England. He is a well-known English writer, essayist, dramatist, and a talented scriptwriter. He rose to fame after the release of his writing The Hitchhiker's Guide to the Galaxy. The book originated from one of the BBC’s comedy radio shows. The success of the book led to further developments of a television series, video games, and several stages plays. Other books that Adams is credit for are Dirk Gently's Holistic Detective Agency, The Meaning of Liff, Last Chance to See, The Deeper Meaning of Liff and several others.

Douglas Adams was born on March 11th, 1952 to Christopher Douglas Adams and Janet Adams. While he was still months old, the family migrated to East London. Within three years, his parents had Adam’s sister called Susan. In 1957, Christopher and Janet divorced. Adams and Susan were left under the care of their mother. Susan shifted to Brentwood, Essex with her two siblings.

Adams attended Primrose Hill Primary School for his early education before moving to Brentwood School. His interest in writing was evident during his early school days. He received motivation from his school teacher called Frank Halford. While still in school, he wrote for the Broadsheet, a school magazine.

In 1965, one of his short stories was published nationally in The Eagle. His excellent academic performance helped Adams gain a scholarship to St John's College in Cambridge. He spent a full year before joining the college. During this period, he went from one job to the other trying to earn a living. It was around this time that he hitchhiked around Europe. The idea of The Hitchhiker's Guide to the Galaxy was the resultant effect of the trip that he made to Europe. Later, in 1971, he went for his college education and graduated with a degree in English Literature in 1974.

After graduating from college, Adams kept pursuing his writing career by building connections with those that were already famous in the field. He first became friends with Graham Chapman who was a Monty Python group member. The duo plunged into a writing partnership that did not last long.

After the first failure, Adams ventured into other odd jobs that would earn him a living. He had to write when he was free, but his works were not successful. In 1977, he was fortunate as his radio sketches for radio -The Burkiss Way was accepted. The News Huddlines and The Burkiss Way were some of his early sketches while writing for the radio. Still, in 1977, Adams partnered with Chapman to write for the TV show Doctor on the Go.

Adams’s idea of a radio series came to mind. He exploited his idea and came up with the radio version series of The Hitchhiker's Guide to the Galaxy. The show was an instant success and changed Adams’s career path as a writer. Soon, he became the BBC radio producer. He did not spend much time on this post as he went on to work on scripting Doctor Who.

In the process of enjoying the success that his radio show had brought to him, it came to his mind that Adams could also have a written version of The Hitchhiker's Guide to the Galaxy. This prompted him to write the book. The book was a success as it sold approximately 250, 000 copies in just three months.

The success of the book paved the way for other adaptations such as in computer games. In 1980, Adams also worked on producing a film version of the novel. He worked with renowned producers to get his movie version. Rumor has it that at the time of his death in 2001, he had also began thinking of adopting the movie in Disney world.

Adams tied the knot with Jane Belson in 1991. The pair had their first daughter named Polly in 1994.

Douglas Adams passed away on May 11th, 2001. He died as a result of heart attack. He was 49 years old at the time of his death.