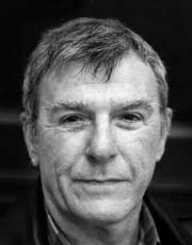 Thomson William Gunn is an Anglo-Saxon poet who lived from 1929 to 2004. His foreign input in the style of poetry made his work stand out.

Thomson William Gunn was born on August 29, 1929, in Kent, United Kingdom. He was the eldest born child in a journalistic family. Both his parents worked in the media. His childhood started on a hard knock. His parents broke up when he was barely a teenager. Another tragedy followed. His mother committed suicide when he was in his teenage years.

Ironically, it was his mother who inspired him to take up literature seriously in his childhood. She encouraged him to read works of famous English writers and poets. He soon took a keen interest in following the works of John Keats and Lord Tennyson.

After graduating from University College, Thom Gunn enrolled for military service at British National Service. With the two years of military duties over, Gunn went to France. His experience in Paris later transformed his writing pattern in poetry. He returned to England and enrolled for a degree at Cambridge University. In 1953, he received his degree in Arts, with English being his major.

Having graduated in 1953, Thom Gunn relocated to the US the following year. In America, Gunn taught English and literature in institutions of higher learning. He initially taught at the Stanford University from 1954 to 1958. He resumed teaching with a different institution, the University of California in Berkeley, for the next eight years.

Gunn left teaching to pursue writing and was back at the University of California in 1973. He continued teaching at the institution until 2000. He resigned from teaching to full-time poetry writing.

Thom Gunn was a realist poet. His work never conformed to the traditional English pattern of literature. Most of his writing style is foreign, borrowed from French and other languages. His indulgence in emotive issues also gave him a platform to engage his audience in taboo topics. Gunn generated debate on sexual relations, drugs, homosexuality, and war. In some instances, he explored the under-discussed issues about death

During his active career, Gunn wrote over 20 poems and essays. His published work was punctuated by periodical ages. During the 1950 and 1960s, he wrote about drugs and substance abuse.

In 1970 to the 1980s, he wrote mostly about homosexuality and gay issues. This made him one of the most read poets in America and Britain. This was because his freestyle writing brought his narration to the audience in the most straightforward manner. In the latter years of his life, Gunn wrote on death, crime and war-related issues.

True to his writing, Thom Gunn was a free soul. He lived the simplest life. He worked during the day and relaxed with alcohol in the evening. His nights were punctuated by women. He lived like the early communes who settled in America from England.

Thom Gunn's popularity made him be feted on numerous occasions. Gunn was recognized in Britain with the Levinson Prize and Council of Great Britain. In the US, he was honored by the Rockefeller Foundation, Rider’s Digest, and Forward Prize among others.

Thom Gunn met his demise on April 25, 2004, due to drug abuse. He was living at his residence in San Francisco. Despite his efforts in generating debate on substance abuse, he was a victim of the same things he publicly advocated against.

In his work, Gunn experimented with all the foreign styles he came across. This enriched his mode of communication to his audience. In the end, his following among the society cut across all classes and ages. He incorporated the French, Japanese and Scandinavian poetry in the primary classical English literature.