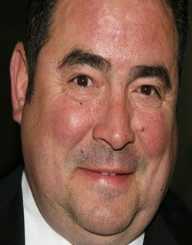 Emeril Lagasse has made a name for himself in the food industry. Aside from his highly likely title, he is also a television personality and chef. Call him a restaurateur or a chef, and he will oblige to answer back. Why? He is mostly known for owning a cooking TV show called the Food Network; one of his top-rated programs. That is all that it is to it for Emeril Lagasse. Wait! There’s more than what meets the naked eye.

Emeril Lagasse simplifies meal preparation in a jiffy. Nothing beats his nutritious, affordable and tasty snacks from his chicken. Lagasse encourages everyone to eat what they love most. His mixing concoctions are almost felt as soon as he’s seen doing his magic on the television. His friendly and light anchoring style pleases even the young at heart.

‘Bam!’ and ‘Kick it up a Notch’ are his most loving catch-lines when adding spices to a dish. Aside from his well-known talent, he’s intelligent, loyal and committed to his work. Perhaps he’s also famous for enjoying the good company of his family and friends. They always think that he is kind of funny to be with and attractive as well.

Emeril John Lagasse was born on October 15th, 1959. He spent his childhood life in Fall River, Massachusetts together with his loving father and Portuguese mother. At his teen, Emeril opted to work at one of the famous Portuguese bakeries. He later joined the culinary arts program, a local school at Diman Regional Vocational Technical High School. Afterwards, he entered culinary arts college at the Johnson and Wales University.

Emeril Lagasse fame came to light after launching his restaurant called ‘Emeril’s Restaurant.’ It was situated in New Orleans. In 1990 the restaurant was named as the ‘Restaurant of the Year” by Esquire Magazine.

In November 2003 Emeril had already turned into an incredible chef. After the end of that year, he became the owner of nine restaurants. Miami Beach opening turned this ordinary chef into a star.

Throughout his career, he has penned several cooking books including one of the best-selling called Emeril’s New Orleans Cooking. His very first book was in the market in 1993 and 2003 he published “From Emeril’s Kitchen.”

Loads of his eatery places are located in New Orleans, Louisiana. His personality was also seen in several TV sitcoms especially on the NBC. He has also appeared in different commercials such as Crest toothpaste sharping way with his proprietary name “Bam!”.To your surprise, he’s also a proficient drummer.

Emeril Lagasse was seen in ‘Great Chefs’ as well as Home Network. He has hosted several shows including Emeril Green, The Emeril Lagasse Show, and Emeril’s Table. In 2009 he participated as a judge at the ‘Top Chef.’

Talking about credits, he holds six credits for being an incredible actor, 5 for producer and one as a director and editor. In 2017 he garnered Daytime Emmy Award for Outstanding Culinary Program. He also attained the nominee for TV Guide Awards. Overall, he holds one win and twelve nominations under his name.

Emeril Lagasse first got married to Elizabeth Kief from 1978 to 1986. The duo fell in love while working at a restaurant. He has two children: Jillian and Jessica from his first marriage. He then married Tari Honn, a fashion designer in 1989. The couple also parted ways in 1996. He’s currently married to Alden Lovelace since May 13, 2000. The pair has two children called Emeril John Lagasse IV and Meril Lovelace Lagasse.