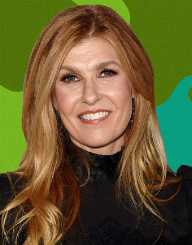 Connie Britton was born on March 6th, 1967. She is famous for being an American actress and a singer. Aside from this, she is also known for her producing prowess. Britton spent the better part of her adult life acting.

Connie Britton became a star after featuring in the hit show Friday Night Lights which debuted in 2006. Later on, she was also brought to the limelight again with her role in Horror Story (2011). Her singing career has also brought her huge fame more so with the release of Nashville in 2012.

Connie Britton was born as Constance Elaine Womack on March 6th, in 1967. Her place of birth was in Boston, Massachusetts. She is the daughter to Edgar Allen Womack, Jr. and Linda Jane.

Her father worked as a physicist. Growing up, Britton spent her early childhood years in Rockville, Maryland.

At the age of seven, Connie Britton shifted places and moved to Lynchburg Virginia with her parents and Cynthia, her twin sister. Here, she went to E.C. Glass High School where she began performing in the school’s theatre.

After high school, she went to Beijing where she joined Beijing Normal University. In 1989 she graduated from the institution and moved to New York.

Before trying out the film industry, Connie Britton honed her acting talent in Broadway productions. After that, she landed her first film role in 1995 where she featured in The Brothers McMullen.

She was playing the role of Molly McMullen in this film. The following year Britton took an audition where she was to play alongside Tom Cruise. This role would have brought her to the limelight.

Unfortunately, Renee Zellweger grabbed the disappointing part Britton in the process. Nonetheless, she enjoyed moderate success with the roles she played in TV shows such as 24 (2006) and The West Wing (2001).

Connie Britton also featured in Spin City TV series where she starred in about one hundred episodes.

Britton was still active in the film industry landing roles here and there. Some of the films that she featured in include Conception (2011), Angels Sing (2013), American Ultra (2015) among others.

Connie Britton began playing the role of Rayna Jaymes in the show where she played about ninety seven episodes. Britton was also an executive producer in the Nashville show.

Connie Britton tied the knot with John Britton in October 1991. However, the two went separate ways 1995. Later, in November 2011, she adopted a son and named him Eyob Britton. He originated from Ethiopia.