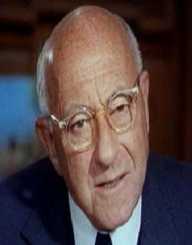 Cecil B. DeMille was born on August 12th, in 1881. He stands as one among the famous individuals for he was a creative filmmaker. His most notable works include The Ten Commandments -1923, The Sign of the Cross -1932 and Cleopatra -1934. Cleopatra earned him credits as it was the first film that was listed among the nominees for an Academy Award.

Cecil Blount DeMille was born on August 12th, in 1881. His place of birth was in Ashfield, Massachusetts. He was later brought up in Washington, North Carolina. Henry de Mille, his father, was a dramatist. On the other hand, his mother was called Matilda Beatrice DeMille. His mother rose to become a celebrated playwright.

DeMille’s father passed away at the age of 40 after suffering from typhoid fever. This left the family destitute as they had no savings to depend on. Following the early demise of DeMille’s father, Beatrice, his wife, opened up an acting school.

Cecil B. DeMille joined Pennsylvania Military College situated in Chester. He was fifteen years old when he joined. After that, he joined the American Academy of Dramatic Arts.

Cecil B. DeMille's acting career took off in 1900. He first appeared on Broadway while working under a company owned by Charles Frohman. Around this time, his brother was also honing his playwriting skills and DeMille invited him to work with him from time to time.

At some point, DeMille began producing plays and enjoyed his first taste of success with Reckless Age a work done by Lee Wilson.

After creating the L. Lasky Feature Play Company in 1913 with his partners, Cecil B. DeMille began enjoying success with the numerous hit silent films that they were releasing. DeMille went on to be recognized as one of the best directors during the silent era. Some of his remarkable works were Male and Female, Manslaughter, The Godless Girl and The Volga Boatman.

DeMille also sought out to take advantage of the Roaring Twenties as most people enjoyed the silent films. Around this period, he established his airline company called the Mercury Aviation Company. This was one among the first airlines to be introduced in America.

Success with The Ten Commandments

In the mid-1950s, Cecil B. DeMille produced The Ten Commandments. This was a film that would late earn him immense recognition. This was his last work as he suffered severe health issues from the heart attacks that he was suffering from.

Cecil B. DeMille wedded Constance Adams in late 1902. The two had one child in their marriage. Later, the also adopted Katherine Lester as their child. Katherine had been left an orphan after her mother succumbed to tuberculosis while her father was killed while fighting in the war. Katherine later became a famous actress with the Paramount pictures.