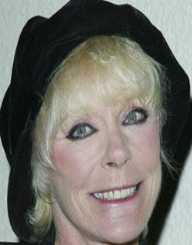 German actress Elke Sommer was born Elke von Schletz on the 5 November 1940 in the area of Spandau, Berlin to Peter von  Schletz Renata Topp. Her father was a Protestant minister with an ancient ancestral lineage. World War II (1939-1945) was on when Sommer was born the family were evacuated to the village of Niederndorf. The family had little money at this time, and her mother had to work as a laundress to help the family budget. Sommer was an only child. Her father died in 1955 when she was fourteen years old.

Elke Sommer enrolled in the Humanistic High School of Erlangen in 1950. She also had art lessons with a family friend and later studied languages in England, passing the High Cambridge Exam while she was in the UK.

Elke Sommer moved to England in 1957. She worked for a fishmonger as an au pair where she did the housework and cared for their three children. She also took language classes with the intention of passing the High Cambridge Exam. She passed her exam, and when she returned home, her reward was a trip to Italy, paid for by her mother. In 1958, she travelled to Viareggio, Italy with her mother and while they were there, she won the Miss Viareggio Pageant.

As the winner, Elke Sommer's picture appeared in the local newspaper and was seen by Signor Bertelli who offered Sommer’s a part in a film. With her mother as her chaperone, Sommer’s made her first film, The Friend of the Jaguar, playing a German tourist. The film was shot in Rome, and her co-star was Walter Chiari. She was then approached by Italian film director Vittorio de Sica who offered her a role in his forthcoming film Uomini e Nobiluomini.

Around this time, she changed her name to Elke Sommer. After her success in Italy, Sommer was offered roles in her native Germany and elsewhere. She went on to star in Why Bother to Knock (1960) which was filmed in London, Sweet Violence (1961), Daniella by Night (1961) and Lamp Fever (1962). She was then approached to star in a film alongside American actor Paul Newman.

Actors Elke Sommer appeared alongside include Peter Sellers, James Carner, Dick Van Dyke, Stephen Boyd, Bob Hope, and Dean Martin, all leading actors of the day. By the beginning of the 1970s, Sommer had starred in more than 40 films. She made her stage debut in the 1970s when La Douce premiered in Michigan before touring the U.S. In 1971; she was in Abe Burrow’s production of Catus Flower at the Drury Lane Theatre in Chicago and 1972, she appeared on stage in London in the comedy Percy.

Other stage productions Elke Sommer appeared in include A Shot in The Dark and The Convertible Girl. Sommer also acted on stage in Germany and starred in various productions. Films she starred in during the 1970s include La Casa Dell'Esorcismo, Carry on Behind and One or the Other of Us. In the 1980s, Sommer had a television series, Painting with Elke Sommer and she also hosted Elke Sommer’s World of Speed and Beauty. Apart from her television shows, she acted in various television films and mini-series including The Third Reich (1982) and Peter the Great (1986).

After her second marriage in 1993, Elke Sommer spent more time on her painting, devoting her creative energy to her art. She had painted for most of her adult life and from the late 1960s had exhibited her artwork in both the United States and Europe.

Elke Sommer had a dispute with the actress Zsa Zsa Gabor which started when they were working together on Circus of the Stars (1984). The disagreement turned into a million dollar libel suit.

Elke Sommer was awarded a Golden Globe in 1964 for Most Promising Newcomer Actress for her role in The Prize alongside Paul Newman. In 1975 she was a recipient of the Joseph Jefferson Award for her stage work in Born Yesterday. She was also awarded a Golden Palm Star on the Palm Springs, California, Walk of Stars in 2001.

Elke Sommer's first husband was Joe Hyams whom she married in 1964. Hyams and Sommer separated but only divorced in 1991. During their separation, she had a relationship with Thom Bohla. Sommer’s married Wolf Walther in 1993.