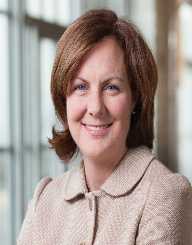 Mabel Rosalie Barrow Edge was born on November 3, 1877, in New York City. She was youngest of her parent’s five children. Her father John Wylie Barrow was an importer and accountant, whose first cousin was Charles Dickens. Rosalie married Charles Noel Edge in 1909 in Yokohama, Japan. She traveled Asia together with her husband, who was a civil engineer, for three years, and then returned to New York permanently. The couple had two children together.

In 1913, while still traveling, Rosalie Edge met with Sybil Margaret Thomas. She was one of the most prominent British women’s suffrage activists. Conversations with Thomas inspired Edge to take action in the matter. In 1915, she joined the Equal Franchise Society and became a social activist for the women’s voting rights movement. She also actively wrote pro-suffrage pamphlets and gave speeches. Edge later became the secretary-treasurer of the New York State Woman Suffrage Party.

The beginning of wildlife activism

In the 1920s, Mabel Rosalie Barrow Edge developed a keen interest in birdwatching and joined the ornithologists and amateur birdwatchers in the Central Park of New York. After reading an article about the slaughter of 70 000 bald eagles in Alaska, she became a conservation activist. One of her main activities was against killing birds to study them, regardless of their rarity. Edge was educated in natural sciences by several forest and wildlife professionals, like Robert Marshall, Aldo Leopold, and others. One of her key mentors was the zoologist for the American Museum of Natural History, Willards Gibbs Van Name.

In 1929, Mabel Rosalie Barrow Edge established the Emergency Conservation Committee, which she ran until her death. The committee emphasized the necessity to protect all bird and animal species while they were still common so that these species would not become rare. She pointed out to the National Association of Audubon Societies the need to take stronger measures to protect bird species that were previously ignored.

In 1934, Rosalie Edge ended decades-long hawk and eagle slaughter in the Appalachian Mountains in Pennsylvania. She bought the property and turned into a sanctuary, stopping the annual shoot. She was given the money by her friend Willard Gibbs Van Name, to acquire 1.340 acres of land. The Hawk Mountain Sanctuary Association later grew to about 2,500 acres.

Rosalie Edge was also the leader of campaigns to create Olympic National Park in 1938 and the Kings Canyon National Park in 1940. She also convinced the Congress to buy 8000 acres of sugar pines in the Yosemite National Park perimeter that were planned to be logged. Edge was a significant influence in the founding of The Wilderness Society, The Nature Conservancy and the Environmental Defense Fund.