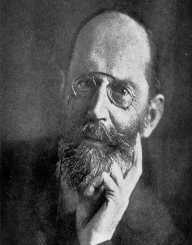 Johann Friedrich Wilhelm Adolf von Baeyer was born on October 31, 1835, in Berlin. His father Johann Jacob Baeyer was a Prussian officer and a famous geodesist. His mother Eugenie Hitzig came from the Jewish Itzig family and converted to Christianity to marry his father. His parents had five daughters and three sons.

Adolf von Baeyer was interested in science since early childhood. He performed experiments on plant nutrition on his grandfather’s farm. Just before he was 13 years old, Baeyer synthesized a new compound- double carbonate of copper and sodium. During this time, he began working on his lifelong project after purchasing a chunk of indigo for his dye experiments.

Baeyer went to the Friedrich Wilhelm Gymnasium, where still as a student, he was appointed as the assistant to the chemistry teacher. In 1853, he entered the Berlin University. In 1856, he went to the University of Heidelberg, where he studied chemistry under August Kekule.

Baeyer’s main achievement was the synthesis of plant dye indigo and his discovery of phthalein dyes, polyacetylenes, oxonium salts and uric acid derivates. In 1864 he discovered the barbituric acid and proposed the correct formula to indole in 1869. In the field of theoretical chemistry, Baeyer proposed the strain theory of triple bonds and small carbon rings.

In 1871, Adolf von Baeyer made one of his most significant discoveries, when he synthesized phenolphthalein by condensation of phthalic anhydride with phenol under acidic conditions. The same year he also synthesized fluorescein. The following year, Baeyer carried out experiments with phenol and formaldehyde.

Throughout his career, Adolf von Baeyer received several honors and awards. In 1881, he was awarded the Davy Medal for his work on indigo by the Royal Society of London. In 1884, he was elected the Foreign Honorary Member of the American Academy of Arts and Sciences. His most prominent award came in 1905 when Bayer received the Nobel Prize in Chemistry for his achievements on the advancement of organic chemistry through his work on dyes and hydroaromatic compounds.

In 1911, the Adolf von Baeyer Medal was established. In 2009, a lunar crater was named after him. Bayer was married to Adelheid Bendemann, with whom he had three children. Baeyer died on August 20, 1917.