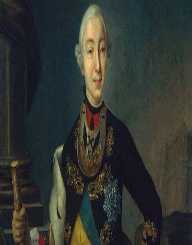 I decided to gulp into the 1700 history, and Peter III of Russia caught my attention. I don’t know why he served as the Emperor of Russia for six months only. Though I wasn’t present to know what led to his deposition in 1762, sources say that he was a cruel and ruthless man. At only 14 years of age, he was made as the heir of Russia after the sudden demise of his parents. Lack of creativity and knowledge led him to be considered as the leading betrayer in Russia. His rule and doctrines didn’t blend well with his personality. Yes, he paved the way for modernized forms, but people didn’t agree with him. His techniques and ways withered like green grass.

As a result, he was eliminated from his seat under his wife’s, Catherine orders. It is also voiced that Catherine the Great planned his husband's untimely death. Even at his deathbed, Peter was defined as a cruel monarch. Let’s dig deeply and learn one thing or two about Peter’s rulership.

On February 21st, 1728 a couple called Charles Frederick, and Anna Petrovna were blessed with their first born child in Kiel, Germany. He was none other than Karl Peter Ulrich whose father rose to fame as Duke of Holstein. His authoritative grandfather was called Peter the Great of Russia. His paternal grandfather acted as Charles XII of Sweden.

At his tender age, Peter III lost both of his parents. His mother breathed her last when he was three months old, while his father died in 1739.It was after the demise of his parents that Peter was given an honor as Charles Peter Ulrich, Duke of Holstein-Gottorp.

Growing up without a father and a mother, Peter III grew up under the care of warriors and marshals in Holstein court. It wasn’t his fault that he was academically weak, but his cruelty brought up negative results. He was always punished for his wickedness. Fortunately or unfortunately, Peter was the only child of Charles and Anna. As a result, marshals knew that he would come to take over the throne. As a result, he has trained appropriately.

Though he wasn’t considered as an intelligent boy, Peter came to fall in love with arts to the latter. In between, he loved to listen to music and at his own time he painted like no one's business. He also showed his love for the military where he stitched army uniforms. Hence envied to become a famous military warrior.

It was in 1742 that Peter’s aunt called Elizabeth took the lead as the Empress of Russia. She went with Peter to the throne where she considered him as next heir of Russia. In the mid of the same year, he was instated as the King of Finland. It was a position that Charles XII of Sweden held for some time. After his baptism, he was named as Pytor Fyodorovich. At first, Peter III hated to live in Russia, which led him to despite the Russian language. He hardly knew how to speak in Russian. Tons of people complained how he wasn’t fit for the position.

It was during Elizabeth’s rulership that Peter III was detached from all government affairs. She didn’t allow him to handle any formal projects. Reason being that Peter wasn’t fit as a leader. Resentment and hate started to develop in between. As much as Peter hated the Russian people, he also took time to criticize its government including the Empress. His love for Prussia didn’t give him any profitable results. His fame started to deteriorate from the word go.

On 25th, December 1761 Elizabeth breathed her last and Peter took over as Peter III of Russia. He was forced to demonstrate his leadership to the Russian citizens. It was at this time that he signed a peaceful treaty with Prussia. Further, he made a strong alliance with the Prussian King where he offered 13000 troops.

It was also in his doctrine that he made enemies with Denmark. He wanted to take their native land by force. It was considered as Holstein land that was protected by his father. He along with Frederick of Prussia attacked Denmark by force. Russian saw the move as uncalled for and betrayal. For this reason, eliminated from all governmental affairs and influential courts.

As time passed, Peter opted to launch the first bank in Russia where he encouraged the young and old to practiceexportation of materials. In the process, he forbade importation of sugar and major materials that were found in Russia.

His popular refinement was the release of military service from other states. This gave his army a chance to travel far and beyond. Further, he announced that monastery lands will be governed by the state and not by the church.

Eventually, Peter’s actions and moves were criticized by the Russian people. He was considered as the most irresponsible ruler that Russia has ever seen. To spice it up further he isolated the Orthodox Church from its virtue and decency. There is no point that Peter’s policies came to terms with the Russian government. It was here that he asked for his wife’s, Catherine support.

With the help of other Russian and Prussia government, Catherine opted to dethrone Peter II of the Emperor. She was the one who took all end blames. On 28thn June 1762, the Russian army obeyed Catherine’s orders. After Peter’s dismissal, Catherine was appointed as the leading Empress of Russia. She was lucky since the Synod and Senate supported her ideas to the core.

With all the hatred and that followed in between, Peter tried his best to bring peace and stability during his rule. It was during his seat that Peter paved the way for religious freedom, as well as eliminating corruption introduced modern education and in the process, the first bank in Russia was established. His major work came when he gave the military a chance to travel far and beyond. He also managed to give the government profound authorities than the church.

It was after Peter’s baptism at the Russian Orthodox Church that Empress Elizabeth arranged Peter’s first marriage with Sophia Augusta Frederica. She was later renamed as Catherine the Great with whom he married on 21st August 1745. As a loving couple, the union had a daughter and son. It wasn’t a doubt that Peter’s unions was meant as a political alliance and not love. Catherine was intellectual while Peter III grew up as a low-esteemed man. Before Peter’s deposition, she announced that Peter didn't have a child or children of his own. In fact, both of them weren’t faithful to each other.

After Peter’s poor rulership, Russia approved Catherine for guidance. It was there that he was appointed as the Empress of Russia. This is what paved the way for Peter’s termination. In the process, Peter III went to live in Rapsha village where he called it quit the world on 17th, July 1762.It was believed that he died due to an accident, but sources say that he was murdered. He was interred at Saint Petersburg church.