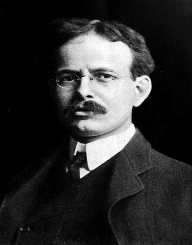 Ernst Boris Chain was born on June 19, 1906, in Berlin, Germany. His parents were Margarete Eisner and Michael Chain.

As a youth, Ernst B. Chain attended the Luisengymnasium in Berlin, Germany. It was while in school that he developed his love for science. Since his father was a scientist, he was also able to learn some things from him in his youth as well.

In the late 1920’s, Ernst B. Chain enrolled at the Friedrich Wilhelm University. While there, he studied both chemistry and physiology. He later graduated with a degree in 1930.

Around 1934, Ernst B. Chain resumed his studies, this time at Cambridge University. He later earned his Ph.D. from this school.

After earning his degree, Ernst B. Chain went on to work at the Charite Hospital. While there, he focused on researching enzymes. However, he had to leave his job in 1933. It was around this time that the Nazis were gaining power in Germany. Since Chain was Jewish, it was no longer safe for him to be living in Germany. He left his job and moved from Germany to England.

Once in London, Ernst B. Chain began working at the University College Hospital, London. He stayed here for only a short time before resuming his education.

In 1935, Ernst B. Chain began working as a lecturer at Oxford University. As he worked as a lecturer, he also continued to work on independent research. His studies were mostly on the subject of physiology. He continued his research throughout the 1930’s.

In 1939, Ernst B. Chain began working with Howard Florey, who was a pathologist. Together, the two studied natural antibiotics that were created by living things, like microorganisms. These studies later led the pair to research penicillin, which was a common antibiotic of the time (which is still used today). They used the previous research of Alexander Fleming as a baseline to work off of in their studies. Through their studies, they were able to figure out the structure of penicillin.

By studying penicillin, Ernst B. Chain was able to refine it, which made it more potent. In part because of his research, penicillin was widely used in the 1940’s, during World War II. After the war, the drug was sold to civilians all over Europe, and in many other parts of the world as well.

In 1948, Ernst B. Chain moved to Rome and began working as the Scientific Director of the International Research Centre for Chemical Microbiology (which was located in the Istituto Superiore di Sanita). He continued to work here until 1961.

In 1961, Ernst B. Chain moved back to England. Once there, he began working that the Imperial College as the head of the Biochemistry department. He continued to work here until he retired in 1973.

After retiring, Ernst B. Chain would often travel to universities as a guest lecturer. He would also continue his scientific research in his free time.

All of Chain’s awards were earned because of his hard work in the subjects of science and medicine. Some of his most impressive awards are listed below.

Ernst B. Chain married Anne Beloff in 1948. The couple had three children together: Benjamin, Daniel, and Judith.

Ernst B. Chain died on August 12, 1979, in Castlebar, Ireland. His cause of death was heart failure. He was 73 years old when he passed away.