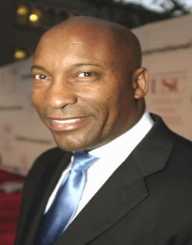 John Daniel Singleton is an American screenwriter, director, and producer. Born on January 6, 1968, became the first African-American and youngest director to receive an Academy Award nomination for Best Director for his work, Boyz in the Hood, 1991. His early films including Poetic Justice, 1993, Higher Learning, 1995, and Baby Boy, was set on the effects of inner-city violence. He is also known for works like Rosewood, 1997, Shaft, 2000, 2 Fast 2 Furious, 2003 and Four Brothers, 2005.

John Daniel Singleton was born on January 6, 1968, in Los Angeles to Sheila Ward-Johnson and Danny Singleton. His mother was a sales executive in a pharmaceutical company, and his father was a mortgage broker, real estate agent, and financial planner. He received education at Blair High School and continued at the Pasadena City College.

John Singleton started his career directing music videos including directing Michael Jackson’s “Remember the Time” featuring Iman, Eddie Murphy, and Magic Johnson. He made a film directorial debut with the inner city drama Boyz n the Hood, starring Ice Cube, Cuba Gooding, and Laurence Fishburne. The film achieved great commercial and critical success and earned him two Academy Award nominations for Best Director and Best Original Screenplay. This made him the youngest and the first African-American to receive a nomination for Best Director.

The United States Library of Congress remarked the film as "culturally significant" and selected it for preservation in the National Film Registry in 2002. In 1993, John Singleton came out with Poetic Justice and followed up with Higher Learning in 1995 to mixed reviews. Singleton directed the historical drama on racial violence, Rosewood in 1997, and premiered at the 47th Berlin International Film Festival.

In 2000, he directed, Shaft, starring Samuel L. Jackson and followed it with Baby Boy, both achieved commercial success. He moved from creating socially conscious films to action films starting with 2 Fast 2 Furious, 2002, Four Brothers, 2005, with both receiving negative reviews. He collaborated with Craig Brewer to finance the independent film Hustle and Flow, 2005.

John Singleton has been a strong critic of how some Hollywood studios treat African-American directors. He criticised famous studios for "refusing to let African-Americans direct black-themed films" while addressing students of Loyola Marymount University on March 19, 2014. He stated, "They ain't letting the black people tell the stories" adding "They want black people [to be] what they want them to be. And nobody is man enough to go and say that”.

John Singleton and Ghanaian actress Akosua Gyamama Busia married on October 12, 1996. Akosua is the daughter of the second Minister of Ghana, Dr. Kofi Abrefa Busia. The couple has a daughter Hadar Singleton, who featured in Tears of the Sun, 2003. They divorced in June 1997. His first marriage to Tosha Lewis produced a daughter Justice Maya Singleton and son Maasai Mohandas Singleton. He has another daughter Cleopatra Singleton born in 1998.