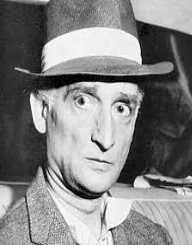 Soviet spy William Fisher is remembered by many as Rudolf Ivanovich Abel. A US convict sentenced for 30 years, Fisher only served a four-year jail term.

Rudolf Abel was born Vilyam "Willie" Genrikhovich Fisher,  on 11 July 1903 in Newcastle upon Tyne, United Kingdom. He was the second born son of Heinrich and Lyubov Fisher. His father was a German immigrant from Russia while his mother was Russian.

Fisher and Henry later got a scholarship to Whitley Bay High School and before moving to Monkseaton High School.

Compared to his brother Fisher was an average student in school. He, however, loved science, music, mathematics, and arts. Most of his abilities were similar to his father's.

Realizing William Fisher's abilities, his parents bought him a guitar and piano lessons. During that period, he attended evening classes in Rutherford College.

After completing a short course in Rutherford College, he caught an admission at London College in 1920. It was not, however, to be since the university was too expensive for parents.

The family left England for Moscow in 1921 after the Russian Revolution. In Russia, Fisher joined politics becoming a member of the Communist Party Youth Organization where he worked as a translator.

William Fisher's ability to communicate in some languages gave him a job on the radio. Radio Battalion offered him a job where he worked for two years before joining OGPU security agency.

Before being dismissed from OGPU, he trained operatives throughout Europe.  He later returned to the union in 1941.

Rudolf Abel later used the Kayotis' passport to move to Montreal before finally crossing to his destination the United States of America.

His entry into the US illegally came in 1949. After settling in the US, Romvoldovich Grigulevich gave him forged draft card and tax certificate. He changed his name to Goldfus.

Rudolf Abel regularly met with his colleague Häyhänen who performed his assigned duties very poorly. The Soviet Union recalled him in 1957. This angered him, and he decided to reveal all the secrets he held to the US intelligence.

Through Häyhänen's information, the US authorities tracked down Fisher and arrested him. After his arrest, Fisher admitted to being a Soviet spy. His lawyer successfully appealed against a death penalty, arguing that Fisher could be used in the future as an exchange with the Soviets.

Four years after his conviction, the Soviet army captured a US pilot. A successful negotiation led to an exchange of the pilot with Fisher.  The two prisoners crossed paths on 10th February 1962.

Upon his return, Fisher became a hero for the Soviet Union.  Despite Order of Lenin given to him, the agency never treated him well. His superiors forced him into retirement in 1971. Rudolf Abel succumbed to lung cancer on 15th November 1971.

A movie to demonstrate the drama of his release and exchange came by in 2015. The movie's title is Bridge of Spies.