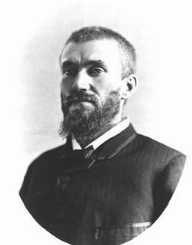 Charles Julius Guiteau was an American lawyer who shot twice and killed the 20th President of the USA James Garfield.

Charles Julius Guiteau was born in Freeport, Illinois on September 8, 1841, to Luther Wilson and Jane Howe Guiteau. In 1850, the fourth born in the family of six siblings moved with his family to Wisconsin. In 1855, he moved back to report with his father after his mother died. He studied at Ann Arbor High School in Michigan. He tried enrolling at the University of Michigan but failed the entry test.

He joined a religious sect called the Oneida community in New York in 1860. He stayed there for some time before being rejected by other followers. He left the sect and found a clerical job at a Chicago law firm. He later passed a qualification test and got a law practicing license in Chicago.

As a lawyer, Guiteau had little success in the practice. He appeared in court once in his career. Even then he argued and lost the case. He became confined in the office and continued with the clerical work of collecting payment bills. Guiteau never stayed for long at the law firm. He left the practice and became a theologian.

He traveled far and wide evangelizing all who cared to listen to his verbatim. In an attempt to credit his teachings, he wrote a theological book titled The Truth. The book was badly plagiarized from the work of John Noyes, the founder of the Oneida Community. Despite the setback in publication, he continued in his religious quest. He got his major religious breakthrough in 1877. Guiteau had an audience and lectured the followers at the Congregational Church in Washington.

After that, he turned his eyes on US politics. He supported Ulysses Grant during the 1880 Republican Party primaries. He wrote a speech in favor of Grant. When Garfield won the primaries, he rewrote the title to read Garfield. He submitted the speech to Republican Party members during the National committee meeting in 1880. Garfield won the US presidential elections that year. Following the victory, Guiteau credited the speech he wrote as the determining factor in the Republican victory against the Democrats.

He stayed in Washington DC visiting Secretary of State James Blaine demanding for a government job. He insisted on being appointed in diplomatic circles. He told Secretary Blaine to engineer his appointment as the US ambassador to Vienna but later demanded the diplomat post in Paris. When Blaine ignored his plea, he turned to the president. The president equally ignored him. At last, Secretary Blaine ordered for his expulsion from accessing the Congress compound. On May 14, 1881, Guiteau was expelled and barred from the Congressional compound.

With a deep conviction that he largely contributed for the Garfield presidential win, Guiteau felt betrayed by the expulsion. He remained a Republican Party loyalist during the Garfield presidency. As time went, he became convinced that the president was gradually eroding the popularity of the party. He decided to help the party elevate Vice President Chester Arthur ascend to power.

He conceived the notion that removing Garfield from the presidency was his divine duty. He devised a plan to remove him from office. He concluded that heeding to God’s divine calling was more beneficial to him, the party and the American people at large. He resolved to unilaterally kill the president. Guiteau started profiling all the presidential meetings and itinerary. He once stalked the president to a church service and wanted to kill him. He desisted from shooting after he felt pity for the president’s wife who sat beside him.

Guiteau read about the presidential visit to New Jersey through the press. He decided to use the opportunity to execute his mission. On July 2, 1881, President Garfield went to the train station to board a train from Baltimore to New Jersey. With the president was the Secretary of State James Blaine. Guiteau armed himself with two letters and a loaded revolver pistol. He had addressed one letter to the Army Chief William Tecumseh, and the other to the White House staff. Garfield arrived with Blaine at the station. Blaine stood back and left the president to go up the stairs to board the train. Guiteau reached for his revolver and shot the president twice in the back. As the president fell to the ground, Guiteau felt contented for fulfilling the divine duty.

Guiteau was apprehended immediately after shooting the president. The police charged him with attempted murder as the president lay in hospital. After Garfield died, the charge reversed to murdering the president on October 14, 1881. The trial officially began on November 14, 1881, in the US capital of Washington DC.

Although the court-appointed two defense lawyers for the accused, Guiteau insisted on defending himself throughout the trial. In his defense, he admitted being insane on the day of the shooting for God had taken away his free will to decide. Guiteau stated that in court he was not medically insane. His admission rendered the insanity plea by his lawyers inadmissible in court. The court found him guilty and sentenced him to hang. Guiteau died by hanging on June 30, 1882.