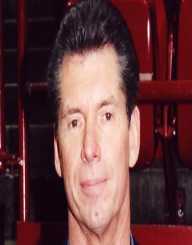 Vincent Kennedy McMahon is famously known as Vince McMahon. He was born on August, 24th, 1945. His place of birth was in Pinehurst, North Carolina. McMahon’s father established the Capitol Wrestling Corporation which dominated the wrestling arena in the 20th century. In 1982, McMahon purchased the corporation from his father and transformed it into a fully thriving wrestling business in America. It also transformed McMahon’s career path earning him a global reputation. World Wrestling Federation was officially launched in 1999.

Vince McMahon was born on August 24th, 1945. His mother was called Victoria Lupton. His biological father was Vincent James McMahon. He left the family when he was still a toddler. He, therefore, had to be raised by his mother who had a string of affairs. This led to McMahon having different stepfathers during his tender years. Following the footsteps of his grandfather and his biological father, McMahon also gained a special interest in wrestling. His father had initially founded the Capitol Wrestling Corporation which was a dominant player in the wrestling business in the Northeastern United States.

McMahon pursued his university education at the East Carolina University where he graduated in 1968. His major was in Business Administration. Three years after his graduation, his father introduced him to what would later define his career. In 1971, he took over the company’s operations which were based in Bangor, Maine. Seeing the success that he had achieved, his father gave him the opportunity of managing the operations in England. Having thrived in both regions and the overall wrestling business, McMahon decided to purchase the corporation from his father in 1982. He expanded the business throughout America defining the wrestling industry with a formidable change.

Prior to gaining control over his father’s business, McMahon had done his best to launch his own wrestling company in 1979 called Titan Sports. He had paired with his wife Linda in establishing the business. However, their small business would later be bought into WWF as young McMahon took over from his father. He was aged 37 when he acquired the wrestling business from his father. Sadly, two years later, his father passed away in 1984.

Employing his business skills, McMahon expanded his new business throughout the nation. His main strategy was to sign new talent from his rival businesses including American Wrestling Association. He also brought in a new idea of having his wrestlers wear different costumes that would make them have a varying personality. This idea worked in favor of the company as by late 1980s; the company sold over $80 million in only tickets to watch their live events.

Regardless of the success that McMahon was enjoying during the early 90s, controversies began surrounding WWF and his parent company called Titan Sports. They were accused of supplying their wrestlers with steroids since 1985 to 1991. In one of the hearing, famous wrestler, Hulk Hogan attested to the fact that it was true they were encouraged to use steroids. McMahon was fortunate enough as he was acquitted of some drug charges that were facing him.
Another heated controversy also came up, claiming that McMahon encouraged a dangerous kind of wrestling. The fortuitous death of Owen Hart prompted this after his publicity stunt in 1999. This later led to a lawsuit from Hart’s family.

Vince McMahon wedded Linda McMahon in 1966. Together, they operated their wrestling business since Vince took over from his father. Their two siblings, Shane and Stephanie, went on to work in the family business.