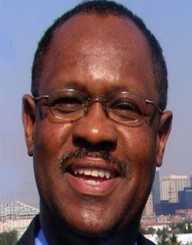 American lawyer and politician Carl Burton Stokes was born on the 21 June 1927 in Cleveland, Ohio to Louis Stone and Charles Stokes. He had one sibling, a brother Louis. He father was a laundryman, and his mother worked as a cleaning lady,

Carl Stokes was three years old when his father died, and his mother moved with her children into public housing. They lived in Cleveland’s first federally funded housing project, Outhwaite Homes.

A bright student, Carl Stokes dropped out of school in 1944. He worked for a short time before serving in the U.S. Army. After returning from Army service, he obtained his high school diploma (1947) and received a BA from the University of Minnesota (1954). He then enrolled at Cleveland-Marshall Law School (1956) and was called to the Ohio bar in 1957.

Carl Stokes worked as an assistant prosecutor for four years before becoming a partner in Stokes, Character, and Terry.

In 1962, Carl Stokes was elected the first African-American Democrat to the Ohio House of Representatives. He ran for Mayor of Cleveland in 1965 but was defeated. Running for mayor a second time in 1967, he won office by defeating Seth Taft.

Stokes was re-elected Mayor of Cleveland in 1969. During his time as mayor, he focused on urban revitalization programmes, and he was also credited with opening city hall jobs to women and African-Americans.

After deciding not to run for Mayor of Cleveland in 1971, Carl Stokes gave lecture tours before deciding to go into the media. In 1972, he was appointed the first African-American anchorman in New York City when the television station WNBC employed him.

Carl Stokes spent eight years in New York City before returning home to Cleveland. In the early 1980’s he resumed his legal career and was general legal counsel for the United Auto Workers Union.

He served as a Cleveland municipal judge from 1983 until 1994 before President Clinton made him the U.S. Ambassador to Seychelles. Stokes fell ill when working in Seychelles and returned home to the United States.

Carl Stokes had three children with Edwards: Carl, Corde, and Cordell. With Kostadinov he had a daughter Cynthia and a stepson, Sasha. Stokes died of cancer of the esophagus on the 3 April 1996 in Cleveland, Ohio. His brother Louis was also an American politician and lawyer (b.1925-d.2015).