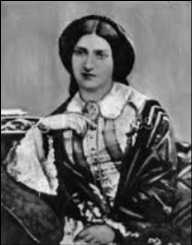 Isabella Beeton was born on March 14, 1836, in England. Her parents were Elizabeth (Jerram) and Benjamin Mayson. As a child, her father died, and her mother remarried to a man named Henry Dorling. She had twenty siblings. Isabella changed her last name to Beeton after she was married.

As a young adult, she attended a prestigious school in Germany, in Heidelberg. She had to live near the school and move in 1851 when she was 15 years old.  There, she learned many things, including cooking, cleaning, sewing, and music. She attended this school until 1853, after which she returned to England. Once back at home, she spent much of her time helping out with her siblings, which her mother needed her to do, since she was the oldest child and there were so many young children in the family.

Around the time Isabella Beeton married, she moved out of her parent’s home and started to write for various magazines and newspapers, giving tips on housekeeping tasks. In 1859, she began to write articles regularly for a magazine called The Englishwoman’s Domestic Magazine. With this magazine, she continued to write about different household affairs, including cooking, cleaning, and taking care of children.

In the 1960’s, Beeton’s husband made his own magazine, like an opposite to the one she worked on. This magazine was called The Boy’s Own Magazine. With Isabella’s experience working on a magazine, she was able to help her husband get the Boy’s magazine up and running.

Mrs. Beeton’s Book of Household Management was the first full-length book that Isabella Beeton published. The book first came out in 1861, but several new editions were printed in the years following. The book was not only for women but for anyone who worked in a home, like butlers and maids. The book had many chapters entailing instructions for many different tasks, such as medical tips, recipes, cleaning tips, and even legal advice.

In the same year as her book came out, Isabella Beeton also started her own newspaper for women, called The Queen. The magazine came out once a week. It was meant for high-class women. The magazine gave tips on throwing classy parties, short stories, and fashion advertisements and advice.

After her first book, she published over a dozen more. Many of her books were recipe books or books that were similar to her first book, giving out tips on how to properly run a home. Some of Beeton’s other books are listed below.

Mrs. Beeton’s How to Cook

The Campaign for Domestic Happiness

Isabella Beeton married Samuel Orchart Beeton. The couple had several children, only two of which survived through their childhoods. The two surviving children were Mayson Moss and Orchard Beeton.

Isabella Beeton died of complications following childbirth on February 6, 1865. She was only 28 years old when she passed away.

The Secret Life of Mrs.Isabella Beeton was a made for TV movie made in 2006 by the BBC network. It was a sort of biographical drama, which told the story of her short life.