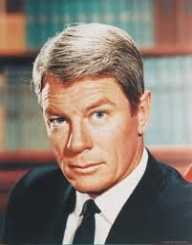 Peter Graves was born 18th March 1926, to Rolf and Ruth Aurness. He was born in Minneapolis, Minnesota, in the United States. His father was a businessman, his mother a journalist. Graves had an older brother, James, who was also a famous actor.

He then joined the military, serving in the U.S. Army Air Forces during World War II. He attained the rank of Corporal. After discharge, he used the G.I. Bill to enroll at the University of Minnesota to further his education.

Peter Graves” was a stage name that Peter used. It was a name on his mother’s side, and he used it to honor his mother’s family.

Peter Graves started appearing on television from 1951. In 1955 he landed a role in Fury, and he was in the show until 1960. He then took a starring role in Whiplash, acting in 34 episodes over two seasons.

The big break came for Peter Graves in 1967 when he was cast as the lead in the television series of Mission: Impossible. His role was that of James Phelps. The series aired until 1973 and secured him recognition all over the world. The show was so popular; a new version was created in 1988. It lasted for two seasons, and Graves played his original role in the new series.

Over his career, Peter Graves appeared in over 70 films and television shows and became a recognized face worldwide.

Peter Graves married Joan Endress in 1950 and was still with her when he died in 2010. The couple had three daughters.