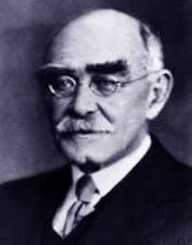 John Lockwood Kipling and Alice Kipling moved to Bombay (now Mumbai) in 1865. John was the Head of the Department of Architectural Sculpture in a School.  He was an artist.

Rudyard Kipling was born on 30th Dec.1865 to John and Alice.

Rudyard Kipling and his sister Alice were sent to England for education. The children stayed with another British couple, Holloways for six years from1811 to 1877. Kipling and his sister were not happy during their stay at Mrs. and Mr.Holloways. The two children used to visit and stay with their maternal aunt in London during school holidays.

In 1878, Kipling was admitted to United Services College at Westward. Kipling met Florence Garrard during his stay in this college. She became a model for her in his first novel, “The Light that Failed”.

The family did not have sufficient funds to continue him in a university, without a scholarship. The family decided to find a job for Kipling in Lahore (British India). Mr.Kipling found a job in a newspaper office, The Civil and Military Gazette. His job was to assist the editor of the local newspaper.

Rudyard Kipling worked very hard for the Newspaper for six years from 1883. He published in 1886, his first collection of Verse, Departmental Ditties.

There was a change of editors for the newspaper. The new editor, who took over the charge of the newspaper encouraged Kipling to contribute short stories and publish them.

Kipling used to visit India during his annual leave for a stay at hill stations.  Kipling wrote articles about his stay in India at the hill station in the Gazette.  The published stories during 1886 to 1887 in the Gazette, were included in his first prose collection in “Plain Tales from the Hills “in 1888.

Kipling then moved to Allahabad to work in“The Pioneer” for the period, 1888-89.  In 1888, he published a collection of stories. Also, he worked as a special correspondent for the “The Pioneer.” His work has been published in “Letters of Marque.”

In 1889, Rudyard Kipling returned to London after visiting San Francisco, Singapore, Hong Kong, and Japan. He then undertook an extensive tour of USA. His meeting with Mark Twain in New York was very impressive. Twain was also was also very happy to have met Kipling. They discussed the prevailing trends in literature. Twain also advised Kipling on writing about known facts.

In 1891, his stories about India, “Lifes Handicap” was published in London. He then wrote his famous book, “The Jungle Book” In addition to

Jungle Book, a collection of stories, “The Day’s Work,” a novel, “Captains Courageous” and poetry in the volume, “The Seven Seas.”

In July 1896, Rudyard Kipling left the United States and returned to London because of the prevailing political situation and some family problems and pursued his passion- writing. He wrote two poems, “Recessional” in 1897 and “The White Man’s Burden” in 1899

In 1898, Kipling travelled to South Africa for winter vacation, and this became an annual practice for them until 1908. He was also a correspondent for a newspaper, “Friend.” He concentrated on writing stories for children and a poem “The Rowers” were published in 1902. There were more than 50 unpublished poems. They were published in 2013.

During World War I, Kipling wrote articles to encourage the soldiers. During this period, Kipling made his mark in literature.

Carrie Balestier and Rudyard Kipling were married in London in 1892. Josephine, their first daughter, was born in Dec.1892. Their second daughter, Elsie Kipling was born in 1896.

Kipling underwent surgery for hemorrhage in the intestine and died soon after in 1936 at the age of 70. He was buried in “Poets corner” in Westminster’s Abbey Their property has been bequeathed to National Trust and now a museum.

Nobel Prize for Literature was awarded to Rudyard Kipling for his outstanding contribution to literature.