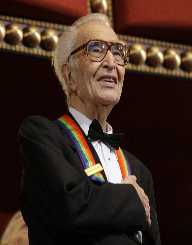 Dave Warren Brubeck was born on December 6, 1920. He grew up on a cattle ranch, working with animals. But from the age of four, his mother taught him the piano. At age 14, he played music in the local band but didn’t appear to want to be a musician.

So when Dave Brubeck attended the College of Pacific in Stockton, he went as a veterinarian major. But his interest lay elsewhere. Despite his not being able to read sheet music, he became a music major. Upon graduation, he joined the army where he formed a racially integrated band. When he left the army, he went back to study music with Darius Milhaud.

His musical genre and style were varied. He was west coast jazz, jazz, and cool jazz. He was a composer and a bandleader. A musician to his toes. Dave Brubeck was known for his newly formed music groups and long-lasting collaborations with people such as Paul Desmond, Gerry Mulligan, and Joe Morello to name a few.

Dave Brubeck formed the following groups. In 1947, he formed the Dave Brubeck Octet. Members of the group were Paul Desmond, Jack Weeks, Cal Tjader, William Smith, Bob Collins, Dick Collins, and Dave Kriedt.A year later in 1948, Dave along with Cal Tjader and Ron Crotty performed as Dave Brubeck Trio. The group was together for seven years.

Due to his musical talent, he was given the cover of Time Magazine. Only one other jazz great had that honor before him. All the while this was happening, his Quartet began to tour internationally in 1958. While overseas, he heard different forms of music and began experimenting with the same at home when he returned to the United States.

A man of many firsts, his album recorded in 1959 with the song Time Out sold over a million copies. His wife – a jazz lyricist, and he created a musical, which did well for its run.

Dave Brubeck wrote music, mostly for the Quartet but he also worked with other artists including his son. He recorded albums with Columbia, Legacy, Sony, Concord, A & M and Atlantic records. He liked to experiment with style and mix classical music with jazz. This led him to a very long career as a composer and a musician. He played and composed music until his death at age 91, a day shy of his 92nd birthday.

Dave Brubeck married the love of his life, Iola Whitlock. The two were married for 70 years until his death. She bore him six children. The children’s names are/were: Michael (deceased), Catherine, Darius, Danny, Matthew, and Chris. Three of his children followed in their father’s footsteps. His wife wrote a book about her husband after his death and prior to hers.

“With a career that spanned over six decades his experiments in odd time signatures, improvised counterpoint, polyrhythm, and polytonality remain hallmarks of innovation.” (Dave Brubeck website) Not only did he integrate his music group before most people did, but he refused to play venues where blacks were not allowed.

At his 80th birthday celebration, he played music with his sons, Darius, Mathew, Chris and Dan Brubeck along with the London Symphony Orchestra.

Dave Brubeck received multiple honors including honorable degrees. Here is a list of a few.

Did you know that there was an asteroid in the asteroid belt named after Dave Brubeck? And did you also know that he helped victims of Hurricane Katrina by raising money as did many other musicians and artists? But did you know that he and his wife started the Brubeck Institute at the University of The Pacific where he graduated from?

For his family, his legacy was that they were raised by a wonderful man. For the music world, he was a man of talents that left them with a great musical repertoire.