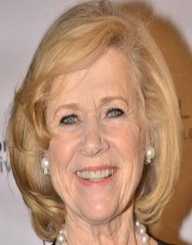 Liv Ullmann is a Norwegian actress and director, known for her work with Scandinavian and American films and plays.

Liv Johanne Ullmann was born in the city of Tokyo, Japan, on December 16, 1938. She is of Norwegian ancestry. Her father, Erik, worked as an aircraft engineer.

The family moved around a lot because of his job. When she was two years old, he was hired to work for the Norwegian air force base in Toronto. After living in Canada during World War II, they moved to New York. Her father died of a brain tumor four years later. Her mother, Janna, worked in a bookshop to take care of her two daughters. They eventually moved back to Norway.

Liv Ullmann began acting in plays in Norway in the 1950s. Her most significant work was the portrayal of the main character Nora in the famous play A Doll’s House by Henrik Ibsen. Her career took off when she started working with prominent Swedish director Ingmar Bergman. She began her collaboration with him in the 1960s.

She went on to star in ten of his films, such as Persona, The Passion of Anna, Autumn Sonata, and several others. She often co-starred with Swedish actor Erland Josephson. Apart from films, they also made a television drama together. It was called Scenes from a Marriage. It was also adapted into a movie and a play.

Liv Ullmann soon expanded her career to the United States. In 1975, she repeated her role in A Doll’s House. She continued to act in different Broadway plays. Her most acclaimed appearance was in the play Anna Christie by Eugene O’Neill.

The New York Times gave her a great review, praising her grace and authority. She also got some roles in Hollywood. In 1977, she starred in the film A Bridge Too Far with famous actor Laurence Olivier.

Liv Ullmann carefully picked the projects she worked on. She declined many offers, even those made by renowned directors. She turned down Brian De Palma’s film Dressed to Kill because of the violence.

She also declined a role in Fanny and Alexander, a film by her beloved director Ingmar Bergman. In 2004, she turned down appearances in the famous television show Sex and the City and the blockbuster Ocean’s Twelve.

Liv Ullmann directed her first film in 1992. It was called Sofie, and it starred her friend Erland Josephson. In 2000, she directed the film Faithless, composed by Ingmar Bergman.

She also wanted to create a film adaptation of A Doll’s House, but the Norwegian Film Fund did not allow her. She later directed the play A Streetcar Named Desire, starring actress Cate Blanchett.

The play was shown in Sydney and Washington. In 2014, she worked on the film adaptation of the Swedish play Miss Julie. It was widely praised, and it starred Jessica Chastain and Colin Farrell.

Liv Ullmann has been nominated for dozens of awards. She received awards for Best Actress several times, from the National Society of Film Critics, the National Board of Review, and the New York Film Critics Circle.

In 1973, she won a Golden Globe for the Swedish film The Emigrants. The film also brought her one of her Academy Award nominations. The other nomination was for the film Face to Face.

In 2000, Liv Ullmann received nominations from Palme d’Or and the Cannes Film Festival for directing the film Faithless. In 2006, she narrated the short animated film The Danish Poet, which won an Oscar for Animated Short Film. In 2012, the International Indian Film Society gave her an award for Outstanding Contributions to International Cinema. The King of Norway made Ullmann a Commander with Star of the Order of St. Olav.

Liv UllmannLiv Ullmann was married to actor Hans Jacob Stang from 1960 to 1965. Then, she was in a relationship with director Ingmar Bergman. They had a daughter named Linn in 1966.

In 1985, she married Donald Saunders, a real estate developer from Boston.