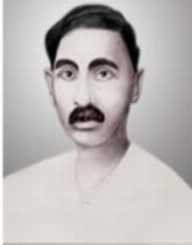 One of the greatest Indian writers of all-time in Hindi & Urdu, Munshi Premchand was a novelist. He wrote several short stories, novels, and dramas that targeted the life of an ordinary man and the social evils in the society. Premchand was a prolific writer, but his stories were not popular in his lifetime. Mainly because he used to write about the truths prevailing in the Indian society of the time – which was avoided by most of the literary community at the time. He wrote about the plight of women, villagers and other social evils that were existing in the society.

After quitting his job, and being out of money for a long time, towards the end of his life Munshi Premchand started to receive the credit that he was due. His stories were seen in a new light and are taught till today in schools. At his heart, he was a patriot who took an active part in the non-cooperation movement.

Premchand has written more than a dozen novels, hundreds of short stories, and several dramas. He also translated quite a few foreign texts into Hindi.

Munshi Premchand was born on July 31, 1880, in Lamhi village, near Banaras. His father was Ajaib Rai, a clerk at the post office and his mother Anandi was a housewife. Premchand had three elder sisters – only one of them survived infancy. His sun sign was Leo.

His mother died early when Munshi Premchand was only eight years old. His father remarried, and his stepmother was very rude towards him. He turned his attention to books to escape his misery and read a lot. The experiences that he had with his stepmother became a source of inspiration for him in many of his stories.

Munshi Premchand received his primary education at a local madrassa where he was taught Urdu and Persian. He then got into a missionary school where he learned English. In order to support himself, he decided to tutor an advocate’s son.

The job as a tuition teacher was not enough to support Munshi Premchand and his family. Naturally, he was under a lot of pressure. To get rid of his debt and get some money, he went to sell one of his books at a local shop where coincidentally he met a school headmaster. Impressed by Premchand, the headmaster offered him a job as a teacher.

Now financially stable Munshi Premchand started to write under the pen name “Nawab Rai” and wrote his first novel Asraar e Ma’abid – which dealt with how the temple priests exploited innocent women for their sexual pleasures.

After working at the government school in Baraich, Premchand shifted to Kanpur in 1905. He started writing for the magazine titled Zamana, where he supported the methods of Bal Gangadhar Tilak.

IN 1907, Munshi Premchand published was the first story titled Dunia Ka Sabse Anmol Ratan (The most precious jewel in the world).  The story was motivated by patriotic feelings of the Indian independence movement. Premchand then published a number of his short stories in a collection titled Soz-e-watan. The British officials banned it for giving fumes to patriotic feelings. To escape any harsh actions he changed his pen name to – Premchand.

After a few years of writing in Urdu, Munshi Premchand began writing in Hindi in 1914. He went to Gorakhpur where he became the assistant master at the Normal high school, Gorakhpur. In 1919, he published his first Hindi novel – Seva Sadan. It is a story about an unhappy housewife and her struggles that lead her to become open an orphanage for the daughters of brothel women.

Munshi Premchand was influenced by Mahatma Gandhi who was asking people to resign from government jobs to support the non-cooperation movement. Inspired, Premchand left his job as Deputy School Inspector. He returned to Banaras and decided to focus all his time on writing.
He opened the Saraswati press in 1923 and published novels and short stories. Two of his famous works are Nirmala in 1925, and Pratigya in 1927 dealing with social evils like the dowry system.

Due to financial difficulties, Munshi Premchand once again took a job as a teacher at the Minority College at Kanpur. Three years later he came to Mumbai and tried to find work as a scriptwriter. His health was falling, and his family was under financial strain. He wrote this script for the film Mazdoor, which inspired a movement and ultimately got banned.

Having failed at gaining economic benefits from his scriptwriting job, Munshi Premchand decided to go back to Banaras. In 1936 he wrote, Kafan and Godan which are among some of his greatest in the literary works – dealing with exploitation based on caste and gender.
He was writing a novel titled Mangalsutra at the time of his death.

Munshi Premchand became the first president of the Progressive Writers’ Association in Lucknow in 1936. Ironically, that was the same year when he died.

When he was only 15 years old, Munshi Premchand was married to a much older girl. They didn’t have a happy married life, and she left him after a short time. Premchand then married a child widow – Shivarani Devi against much opposition as the society was against widow remarriage.

Premchand died on October 8, 1936. He was 56 years old. After his death, his wife wrote a memoir titled – Premchand Ghar Me.