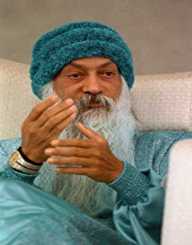 Osho Rajneesh also known as Osho or Acharya Rajneesh was a prominent Indian thinker and leader of the Rajneesh movement. Born on December 11, 1931, he was also a controversial guru and spiritual teacher. Rajneesh was a critic of Mahatma Gandhi, socialism and Hindus religious orthodoxy. Osho Rajneesh earned the nickname, “sex guru” in India and the international press for his advocacy of an open attitude toward human sexuality. Osho Rajneesh spent the 1970’s in Mumbai initiating his followers called the "neo-sannyasins." It was during the period that he gained insight in documenting religious traditions, mystics, and philosophies from around the world. Rajneesh moved to Pune in 1974, where he laid the foundation of “ashram” to afford Indians and international visitors variety of “transformational tools.”

However, the movement soon had some disagreement with the authorities that halted the development of ashram. This forced him to relocate to the United States of America, settling in the facility called Rajneeshpuram in Wasco County, Oregon. Just as what happened in India, his movement soon had problems with resident and the state government of the county in the construction of ashram in the area.

Osho Rajneesh was accused series of crimes including the 1984 Rajneeshee bioterror attack and a plot to assassinate US Attorney Charles H. Turner. However, Osho Rajneesh alleged the plot was masterminded by his personal assistant Sheela and some close supporters. After an investigation 1985, Osho Rajneesh was deported from the United States in fulfillment of the Alford plea bargain. He returned to India to re-start Pune ashram after 21 countries denied him entry.

Osho Rajneesh was born Chandra Mohan Jain on December 11, 1931, to Babulal and Saraswati Jain in the village of Raisen district of Madhya Pradesh state of India. He was the first child of eleven by his parents. Osho Rajneesh lived with his maternal grandparents until he was seven years during which he had his freedom and lived a carefree life. At the death of his grandfather, he returned to his parents in Gurdwara. During his early years, Osho Rajneesh became anti-atheist and briefly embraced the ideology of socialism and the nationalist organizations, the Indian National Army and the RashtriyaSwayamsevakSangh. Osho Rajneesh, however, left these organizations and dumped it ideology as he was unable to ascend to any external discipline. Rajneesh enrolled at Hitkarina College in Jabalpur in 1951 but was dismissed after a conflict with an instructor.

He then moved to D.N. Jain College, Jabalpur where he also showed an act of being disruptively argumentative. With this attitude, Osho Rajneesh was prevented from attending classes but allowed to sit for exams. Osho Rajneesh used his free time to work as an assistant editor for a local newspaper. Rajneesh participated in annual Sarva Dharma Sammelan from 1951 to 1968 during which he publicly spoke of their activities. According to him, he received his spiritual enlightening at age 21 in 1953, while sitting under a tree in the Bhanvartal garden in Jabalpur. In 1955, he graduated with a B.A in philosophy from D.N Jain College and pursued his M.A in philosophy at the University of Sagar graduating in 1957.

Osho Rajneesh had a teaching job at Raipur Sanskrit College but was soon transferred on the basis that he was having a negative influence on his student’s religion, character, and morality. He then moved to Jabalpur University as a philosophy lecturer and in 1960 was made a professor. He resigned in 1966 at the request of the University due to his public utterances.

Osho Rajneesh traveled around India with the name Acharya Rajneesh, advocating against socialism, Gandhi and institutional religions. Osho Rajneesh was of the view that socialism leads to socialize poverty and termed Gandhi as a masochist who adoredpoverty. His pronouncements made him famous and gained him followers besides making him controversial. People started consulting him about their spiritual development and in return gave out donations. His practice began to grow and in 1962, started leading 3- to 10-day meditation camps that gave birth to the meditation center (JivanJagruti Kendra) based on his teachings, the Life Awakening Movement (JivanJagrutiAndolan).In 1968, Osho Rajneesh published the book, Sex to Superconsciousness based on his lecture series. In the book, he asked Hindu leaders for the freer acceptance of sex. This gained him the alias “sex guru” in the Indian press.

In 1970, he left for Mumbai, initiating his first group of disciples also called the neo-sannyasins in September 1970. As a disciple, one had to assume a new name and wear the traditional orange dress of ascetic Hindu holy men, a mala (beaded necklace) and carrying a locket with his picture. His disciple and secretary LaxmiThakarsiKuruwa, who assumed the name Ma Yoga Laxmi, also raised money for him to settle down and stop traveling. With the unconducive weather in Mumbai, Osho Rajneesh developed asthma, diabetes and several other allergies. This made him move to Pune in 1974 in a property acquired for him by a Greek shipping heiress Ma Yoga Mukta (Catherine Venizelos). From 1974 to 1981, he spoke at the Poona ashram.

He gained international repute after he allowed audio and video recordings of his recordings and printing for worldwide distribution. He received several visitors around the world especially from America and Europe. The ashram was receiving 30,000 visited annually by 1981. Osho Rajneesh activities at the Poona ashram began to draw criticism, and as tension grew between him and the authorities, he moved to the United States.

Practice In The United States

Osho Rajneesh arrived in the United States on a tourist visa for medical purposes on June 1, 1981. There, he spent several months at the Rajneeshee retreat center at Kip’s Castle in Montclair, New Jersey. His health at this time was deteriorating and was diagnosed with a prolapsed disc. Since he never sought medical care outside, the Immigration and Naturalization Service questioned his stay, declaring that he had a preconceived intent to remain there. Even though he pleaded guilty of immigration fraud, Osho Rajneesh maintained his innocence of false claims during his initial application. One of his disciples Ma Anand Sheela and her husband John Shelfer purchased property in Oregon for $5.75 million on June 13, 1981, and gave it out to the foundation.

The property known as "The Big Muddy Ranch" was renamed "Rancho Rajneesh." The use of the facility for activities of the commune was met with several legal battles. Rajneesh lived a luxurious life with the support of his followers, and as of 1982, Osho Rajneesh owned 93 Rolls-Royce becoming the single largest owner of the car in the world. Rajneesh went into a period of silence from 1981 until October 30, 1984.

During the period, Sheela became his mouthpiece and communicated with disciples and followers. Rajneesh later accused Sheela and others of being fascist and accused them of several crimes, calling for an investigation by the authorities. The crimes included bioterror attack on citizens of The Dalles, Oregon, poisoning public officials, wiretapping and bugging within the commune among several others. Sheela and some of her lieutenants were convicted of the crime. Osho Rajneesh, however, claimed did not know of the claims since he was in silence and isolation. Osho Rajneesh was however not spared and on October 23, 1985, Osho Rajneesh was indicted for evading immigration laws.

Osho Rajneesh however, tried to avoid prosecution and decided to leave Oregon with some sannyasins to Bermuda. They were however arrested aboard a rented Lear jet at a North Carolina airstrip. With the advice of his attorney, he entered an Alford plea and was given ten years suspended sentence, five years' probation and a $400,000 penalty in fines.

Osho Rajneesh agreed to leave the United States and not return for at least ten years. He would only do so with the permission of the United States Attorney General. He returned to India on November 17, 1985, amidst a rousing welcome. Countries like, Canada, United Kingdom and several others denied him entry. He finally returned to the ashram in Pune in January 1979 to continue his activities. His health kept deteriorating and died on January 19, 1990, at age 58 of heart failure.