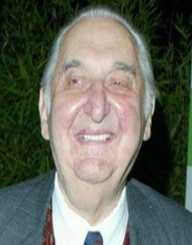 Philip Finkel was born on October 9, 1922, in Brooklyn, New York, United States. He was an American actor best known for his role as lawyer Douglas Wambaugh in the TV series ‘Picket Fences.’ In 1994, he received an Emmy Award for Outstanding Actor in a Drama. He also appeared in the television series Boston Public as Harvey Lipschultz. He was active from 1931 to 2016 when he passed away at the age of ninety-three from heart complications.

Philip Finkel Fyvush was born Philip Finkel to tailor Harry Finkel and Mary in Brooklyn, New York. He was born on October 9, 1922, in a family of four children. He began acting at the age of nine in Yiddish Theatres at the Yiddish Theater District of Manhattan. His active participation saw him adopt the name ‘Fyvush’ a common Yiddish name which became his stage name in his future career.

Fyvush Finkel started his career in the early 1960s acting in ethnic venues which slowly lost meaning and died out. He then proceeded to Broadway Theatre where he featured in the production ‘musical Fiddler on the Roof’ in 1964 as Mordcha the Innkeeper which he assumed until July 2, 1972.

He then took the role of Lazar Wolf, the butcher in ‘Rivival’ in 1981 before playing the role of Tevye, the milkman. He also featured in the Off-Broadway musical Little Shop of Horrors as Mr. Mushnik after he succeeded Hy Anzell. In 1988 he acted as Sam in ‘Café Crown’ and received an Obie Award plus a Drama Desk nomination.

Philip Finkel married Trudi Lieberman in March 1947 and remained married until the demise of Trudi in 2008. The couple had two sons a musician Ian and a pianist Eliot. He died in August 14, 2016, from heart problems in Manhattan at the age of ninety three.