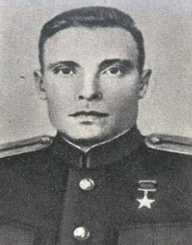 American born Soviet Intelligence Officer George Koval was born in December 1913 in Sioux City, Iowa. He was born into a Jewish family of immigrants from the Russian Empire. His father was Abram Koval, a carpenter. His mother, Ethel Shenitsky, was a socialist who supported the 1917 Bolshevik Revolution in Russia. Both parents kept up a regular correspondence with their extended family in Russia. His parents were members of Jews of the Soviet Union, an American society formed to assist with the agricultural resettlement of Jews in the Soviet Union. Koval had two brothers: Isaya (b.1912) and Gabriel (b.1919).

Koval attended Central High School in Sioux City. He then studied electrical engineering at the University of Iowa for two and a half years but left without graduating when his family returned to Russia. He later continued his studies and obtained a PhD. in engineering.

When George Koval was a young man, Koval joined the Young Communist League and was a delegate at the Iowa Convention of the Communist Party in August 1930. In 1932 the family left Sioux City and relocated to Birobidzhan, which later became the capital of the Jewish Autonomous Republic. This area is close to the Russian border with China. The family joined a commune. All three sons worked on the municipality and Koval also had a job at a local lumber mill.

In 1934 Koval he began studying at the D.I. Mendeleev Institute of Chemical Technology in Moscow, graduating in 1939 with honors. Around this time he was recruited by Soviet intelligence and trained as an intelligence officer. Given the codename DELMAR, he turned to the United States in 1940. In 1943 Koval was drafted into the U.S. Army.

Koval was provided with fake documents which showed him as having a local associate degree in chemistry. When he was drafted into the U.S. Army, they put him through a training programme to learn how to maintain equipment used in the handling of radioactive materials. This training qualified Koval to work in the American atomic research laboratories including the Manhattan Project. His first position was at the project’s top-secret installation in Oak Ridge, Tennessee where he was in charge of radiation control. This post gave him unrestricted access to the facility.

Two years later Koval was promoted to U.S. Army Staff Sergeant and sent to another Manhattan Project Installation in Dayton, Ohio. In Ohio, he worked in the Health Physics Division of the medical department and gained higher access. In late December 1945, Koval was sending information on the American atomic project back to Russia, including the fact that the Americans were producing polonium. He also obtained details about the process of polonium production which he sent back to Russia early in 1946.

Koval was given an honorable discharge from the U.S. Army at the end of the war. He was presented with two medals, and his brilliant work was noted. George Koval was offered a position to stay on as a civilian employee at Dayton, but he refused, returning to New York and resuming his studies at City College.

In October 1948 Koval left for Europe. He had told friends that he had received a job offer to work on the construction of a power station. Sailing from New York on the 6 October 1948, he disembarked at Le Havre, France and then traveled to the Soviet Union.

In June 1949 George Koval was discharged from the Soviet Armed Forces and began graduate studies. He did a Ph.D. in engineering but initially found it hard to find work. After Stalin’s death, he managed to find a teaching job at his alma mater where he taught for four decades.

George Koval met his future wife Lyudmila Ivanova when he was a student in Moscow. She was a fellow student, the daughter of a family who owned a chocolate factory in Moscow.

He obtained Soviet citizenship when he was a student in Russia.

The Russian writer Nobel laureate Alexander Solzhenitsyn used Koval as a character in his book The First Circle. Koval is mentioned as a Soviet spy in New York who was obtaining details of America’s atomic industry. His codename also referred Koval in the book The GRU and the Atomic Bomb (2002) by Russian historian Vladimir Lota.

After the Kremlin’s posthumous acknowledgment of Koval’s role in obtaining American atomic secrets during World War II, the FBI released Koval’s file. This file showed that the Americans had been aware of Koval’s infiltration since the early 1950s but that they had decided not to reveal the breach of security. By the time the file was released, it was no longer classified information.

In 2007 George Koval was posthumously decorated being designated Kovel the Hero of the Russian Federation.