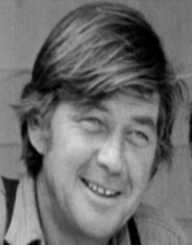 Ralph Waite was born on June 22nd, in 1928. He earned his fame for being a political activist and a passionate actor. As an actor, he garnered profound fame for the role he played in the TV series called The Waltons which ran from 1972 to 1981. Apart from acting in the TV series, he also directed it occasionally.

Ralph Waite was born on June 22nd, in 1928. His place of birth was in White Plains in New York. Waite was the first born son to Ralph H. Waite and Esther Waite. His father worked as a construction engineer.

Waite joined Bucknell University for his college education. After this, he went ahead and landed on a job as a social worker before taking his master’s classes at Yale University. He was later ordained from the university. Shortly after, Waite took a job as a religious editor with Harper & Row.

Briefly, after his stint as a religious editor, Ralph Waite ventured into acting. He first began his acting career in Broadway shows during the 1960s. His first performance was with the role he played in the Broadway show called Blues for Mister Charlie.

In the film industry, some of the shows that Ralph Waite is best remembered for include Cool Hand Luke, The Grissom Gang, Lawman, The Stone Killer, Chato’s Land, and Five Easy Pieces. Later, in 1992, he featured in The Bodyguard. In 1993, he also landed on another role as Frank in the film called Cliffhanger. In addition to this, his role in Timequest in 2000 also earned him recognition in the film industry.

Ralph Waite was also active on TV with notable roles in shows such as Look Up and Live, N.Y.P.D, The Thanksgiving Story, Roots, Growing Pains, Reading Rainbow and several others. Waite earned immense fame in the show called The Waltons. He played the role of John Walton Sr. from 1972 to 1981.

Ralph Waite got married for three times in his lifetime. His first two marriages did not thrive as they all ended in divorce. His third wife was called Linda East. The two wedded in 1982. In all his three marriages, Waite had three daughters all from his first marriage.