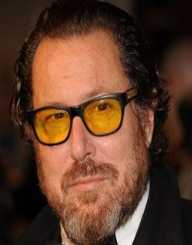 Julian Schnabel is an American visual artist and film director.

Julian Schnabel was born in Brooklyn, New York, on October 26, 1951. His parents’ names were Esta and Jack. A couple of years later, his family moved to the city of Brownsville, Texas. He graduated from the University of Houston with a bachelor’s degree in arts. He then attended a study program at the Whitney Museum of American Art in New York City.

Julian Schnabel's first big success came in 1979. He had a solo exhibit at the Mary Boone Gallery. He then took part in the Venice Biennale. His paintings became known for their unique style. They were large and they were made of different materials like plastic, wood, wax, ceramics, and others.  They were quite similar to sculptures. His work was placed in museums and galleries in New York City, Los Angeles, Paris, Madrid, and London. In 2002, he created the cover for, By the Way, an album by the Red Hot Chili Peppers.

Julian Schnabel wrote an autobiography, called CVJ: Nicknames of Maitre D’s and Other Excerpts From Life. He also released an album, called Every Silver Lining Has a Cloud. It mostly contained love songs, and it featured several musicians.

Julian Schnabel has received awards for best director from the Cannes Film Festival and the Venice Film Festivals. He also got a Golden Globe Award and an Oscar nomination. The actors who starred in his films also received numerous awards.

Julian Schnabel first married Jacqueline Beaurang, a Belgian fashion designer. They have two daughters, named Lola and Stella, and a son named Vito. He then married Olatz Lopez Garmendia, a Spanish actress. They have twin sons, named Olmo and Cy. After that, he dated Rula Jebreal, a Palestinian journalist. He then dated May Andersen, a Danish model. They have a son named Shooter. He is currently involved with Louise Kugelberg, a Swedish interior decorator.