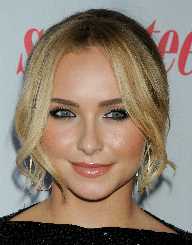 Hayden Panettiere gained her fame after featuring Heroes while playing her role as a cheerleader. Unlike other celebrities, Panettiere’s career took off before she was aged a year. At this age, she featured in some commercials. Aside from being a famed actress, she is also an animal activist.

Hayden Panettiere was born on August 21st, in 1989. Her birthplace was in Palisades, in New York. She is the daughter of Alan Lee Panettiere and former soap opera star, Lesley R. Vogel. Her father worked as a fire captain. Panettiere’s younger brother is Jansen Panettiere, who is also a famous young actor.

After the birth of Hayden Panettiere, she began venturing into modeling when she was almost turning one year old. She was modeling as a baby in one of the Playskool’s TV commercials. After her first appearance in the commercial, she later featured in a series of commercials when she was still a young child. Some of the top brand commercials that she was featured in include Nix Lice Shampoo, Hershey's and McDonald's.

At the age of 4, Hayden Panettiere changed her career path as she featured in soap operas just like her mother. Her first role was on the ABC’s TV show One Life to Live. She played the role of Sarah Roberts from 1994 to 1997. Before acting in another soap opera called Guiding Light-1998, she appeared in TV shows such as Aliens in the Family-1996, Unhappily Ever After-1997 and A Will of Their Own-1998. The 1998 soap opera, Guiding Light gave her the chance of being aired for another two years.

In the midst of building her TV personality, Panettiere was also busy in the film industry with roles in movies such as A Bug's Life-1998, Message in a Bottle-1999, Dinosaur-2000 and Remember the Titans-2000. The latter was one of the early projects that she got to feature alongside movie celebrities such as Denzel Washington. In the movie, she played the role of Sheryl Yoast which later earned her Young Artist's Award.

Growing up as a young starlet, Panettiere found a difficulty fitting into the society where normal people go to school. She went for her early education at South Orangetown Middle School. Here, she was mocked for what was said to be her pretense in whatever she did. She found a difficult time adjusting to a normal life because she was already a famed actress while she was young.

After completing her high school education in 2003, she landed a recurring role of Jessica in the 2003 sitcom Malcolm in the Middle. The show came to an end in 2005. Around this time, she also featured in films such as Raising Helen-2004, Racing Stripes-2005, and Ice Princess-2005.

Growing up into adulthood, her career also evolved with her. In 2006, Hayden Panettiere landed on a TV role that would bring her to the limelight yet again. She was to feature in Heroes as Claire Bennet. She played the lead role in the NBC series from 2006 to the time the series came to an end in 2010. While demonstrating her acting prowess in the series, she also earned herself Teen Choice Awards for three times in a row as the Best TV Actress.

In 2012, she took another recurring role in TV series Nashville. Here, she plays the role of Juliette Barnes, who is one of the lead actors. The varying aspect of this TV series is that it helped Panettiere demonstrate her singing abilities.

Controversies surrounded Panettiere’s own life when she dated her co-star from Heroes, Milo Ventimiglia. She was only 18 years old, and Ventimiglia was in his 30s. Their relationship came to an end in 2009. In 2013, she got engaged to Wladimir Klitschko, a former world champion in the boxing arena. The pair had a daughter named Kaya Evdokia.