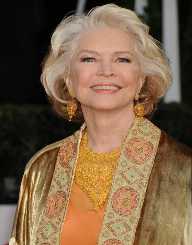 Ellen Burstyn was born on December 7, 1932, in Detroit, Michigan, USA. She later used the stage name Ellen McRae before going by the name Ellen Burstyn, which is the name she is best known for now. Her parents were Corrine and John Gillooly.

Ellen Burstyn first began her theater acting career in 1957 under the name Ellen McRae. She only performed one play on Broadway under this name-- Fair Game. After this performance, she focused on her television and film career for decades before returning to the stage.

When Ellen Burstyn returned to the stage in 1975, she was then going by the name Ellen Burstyn. Still focused on television and film acting, she only performed in one play in the 1970’s (Same Time, Next Year). Throughout the next few decades, Burstyn only performed a couple of plays each decade in the 1980’s and 1990’s. Her Broadway plays from these decades included 84 Charing Cross Road, Shirley Valentine, Shimada, and Sacrilege.

Beginning in the 2000’s to the present, Ellen Burstyn has become more active in acting on the stage. She has performed both on and off Broadway in recent years, with her most recent play being an off-Broadway production of As You Like It in 2017. Some of her other recent plays include All the President's Men, Picnic, and The Little Flower of East Orange.

When Ellen Burstyn began acting in television in the late 1950’s, she was still using the stage name, Ellen McRae. In the first couple years of her career, she only performed on one episode of the show Kraft Theatre, and she had a small role in the made-for-television movie The Christmas Tree.

Ellen Burstyn earned more screen time in the 1960’s. For the early years of this decade, she appeared in many television shows as a guest character for an episode at a time. Some of the shows she had guest roles on include Cheyenne, The Detectives, and For the People. It wasn’t until 1965 that she earned her first major recurring role on a television show-- The Doctors as Dr. Kate Bartok. Her next recurring role came quickly after, in 1967, on Iron Horse, in which she played Julie Parsons for two years. These television roles would help her to gain fame throughout the next decade as well.

In the 1970’s, Ellen Burstyn was going by the name Ellen Burstyn. It was also around this time that she moved her focus away from acting in television shows, and towards acting in movies. The first movie she acted in was The  King of Marvin Gardens. She went on to perform in several other films in this decade, including The Exorcist, Harry, and Tonto, an A Dream of Passion.

In the 1980’s, Ellen Burstyn acted in a healthy mix of television shows, made-for-television movies, and films. Her most popular show in this decade was The Ellen Burstyn Show, which ran from 1986 to 1987. Some of the movies she acted in include Resurrection, Silence of the North, Into Thin Air, Act of Vengeance, and Look Away.

In the 2000’s, Ellen Burstyn continued to act in made-for-television movies and feature films, but she also returned to acting in television shows. In 2000, she played Dolly DeLucca in That’s Life, which she stayed with until 2002. In 2006, she also had a recurring role as Bishop Beatrice Congreve in The Book of Daniel. Some of the movies she worked on during this decade include The Elephant King, The Wicker Man, The Stone Angel, W., and The Mighty Macs.

Over the course of her long career, Ellen Burstyn has won over thirty awards and has been nominated for over fifty others. Some of her most impressive winning awards are listed below.