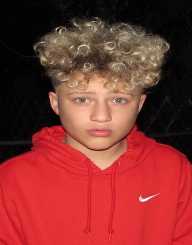 Tre Brooks was born on January 13, 2002, in Michigan, United States of America. He is an American Musical.ly star. He is fifteen years old, and he has already made a name for himself. He has one sibling called Jalen Brooks. He is a social media personality and internet sensation. He started posting videos of him dancing on his Musical.ly account when he was thirteen years old. He expresses himself in many social media platforms apart from Facebook. He has more than one hundred thousand fans on Musical.ly. He has several Vine accounts as well, but he does not post videos on his Vine pages frequently. He is also active on Twitter and Instagram.

Tre Brooks became popular with the public when he started posting videos of him dancing and singing on Musical.ly. He is talented and adorable. He has unique and elegant dancing styles that draw many fans to him. He has a flexible body that can pull any dance move. He loves hip-hop, and in most of his videos, he is seen dancing and singing hip hop. He joined Musical.ly at the age of thirteen and started posting his videos, and since then he has not looked back. He is determined to have a career as a musician and dancer.

Tre Brooks likes posting his videos on Musical.ly even though he has several Vine accounts. He does not update his Vine accounts often, and he does not have many followers on his Vine accounts. He is not on Facebook yet there are a lot of Facebook accounts in his name. He has spelt it out clearly that he does not have any Facebook account and that the ones on the internet are not his doing but are accounts created by people who are masquerading as him. He has a couple of nicknames because of his looks, and they include ‘babyytre’ and ‘curlyheadtre’ among others.

Tre Brooks is a very cute and handsome young man. He has beautiful curly hair and imposing body shape. He is charismatic, optimistic and determined in everything that he does. He is a lovable young boy, and he is considered mature than his age. He interacts with his fans in a thoughtful manner that leaves his fans amazed. He has a multifaceted personality. He loves singing and dancing and spending time with his family and friends. He is hilarious and he intrigues his fans when he does funny faces in his videos. He is straightforward and appears to be humble in the way that he handles his stuff.

Tre Brooks has not been involved in any controversies as he loves to keep his life simple and free from complexities. His charm cuts across his fan base and draws more people to him. He has tried doing Vines, but he is most attached to Musical.ly. His brother Jalen is also a Musical.ly star. Tre likes making videos with his brother and his friend Malak which they, later on, post on the internet. Tre, Jalen, and Malak create Vines together as well but Tre is not very good with Vines as his last update on his account was in 2015.

Tre Brooks was born and raised in Michigan. He has a twin brother, Jalen Brooks and an older sister. He loves spending time with his family and friends. He loves dancing and singing and making videos of himself doing the things that he loves most. He is friends with Malak Watson who is also a Musical.ly and Vine star, and they make Vines together. Malak has also created a Vine on Tre which Tre appreciated.