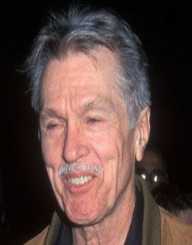 Thomas Roy Skerritt alias Tom Skerritt was born on August 25th, in 1933. His birthplace was in Detroit, Michigan. He was the last born son to Helen and Roy Skerritt. His mother worked as a homemaker while his father was a general businessman.

Skerritt went to Mackenzie High School where he graduated in 1951. After this, he enrolled with Wayne State University. He also studied at the University of California situated in Los Angeles.

Tom Skerritt took the stage to feature in his first film in 1962. This was with the role he played in War Hunt. Before being famous, he also featured in One Man’s Way -1964 and Those Calloways – 1965. Five years later, he featured in MASH. This brought Skerritt to the limelight as he became a household name after starring in the 1970 film.

He continued featuring in movies in the 1980s with notable roles in films such as Top Gun -1986. He played alongside Tom Cruise in the film.

Apart from being active in the film industry, Skerritt was also hitting the headlines on TV. He debuted on TV in 1962. He has had a successful TV career spanning over five decades. His most recent show was in 2015 where he featured in the hit series called Madam Secretary. Here, he played the role of Patrick McCord in the episode called “Chains of Command.” Other notable shows that he has featured in include Bonanza, Cheers, Picket Fences and Gunsmoke.

Tom Skerritt has been married thrice. His first marriage was to Charlotte Shanks in 1957. This marriage came to an end in 1972. His second wife was Sue Oran. The two got married in 1977, and they divorced in 1992. Julie Tokashiki is his third wife. They got married in 1998. Altogether, he has five children.