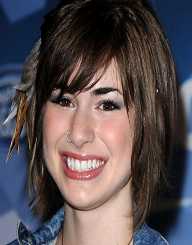 Siobhan Evelyn Magnus was born into an Irish American family on March 15, 1990, in Massachusetts, USA. She grew up in Massachusetts with her parents Allan and Colleen Magnus. She is the fourth born of the six children born to the Magnus couple. The other children are Rory, Joe, Emily, Ceili and the lastborn Azora. Her father, a former truck driver, took up singing after suffering a disabling accident. Her mother worked in a bookselling shop.

Magnus missed admission at the Berklee Music College. She then joined Salem State University. Magnus quit her studies after staying for one semester. She got hired as a glassblower at a local glassware manufacturing factory.

Magnus started singing after being influenced by her family members. Her father, brothers, and uncles worked in different sectors of the music industry. She made her first musical appearance while in grade four at her elementary school.

In 2009 she became a semi-finalist of the music talent competition American Idol Show. Magnus was the first native of Massachusetts to ever make it to the final stages together with Angie Miller. She proved her versatility with her ability to alternate high and low pitch songs with considerable ease. She performed songs from diverse celebrities like Aretha Franklin, Steve Wonder, Mariah Carey, and Chaka Khan. Her exit caused the show viewership to dip to the lowest rating in six years. Ironically in the show, it is the viewers who vote to either evict or retain a singer in the show. Even the show judges got shocked by her exit vote.

Soon after her exit from the competition, Magnus got several performing invitations from television stations. She performed cover songs of American celebrities like Halo done by Beyoncé. Magnus made special appearances back at the American Idol house during the late stages of the show. In May 2010 she graced the finale of the Idol edition. She performed songs on stage with Aaron Kelly, Alice Cooper, Janet Jackson, and other celebrated artists.

After the American Idol Show ended, Magnus embarked on performing tours in Massachusetts in 2011. She did performances including during the Cape Cod Music Festival. Magnus debuted in the professional music industry on January 1, 2012. She released her solo album titled Moonbaby under the Pacific International Music label. She did two singles later that year. In May 2012 she did the single Beatrice Dream and followed it up with Black Doll in October 2012.

She had several successful tours in 2014 with the rock band Boston. She started her Heaven On Earth Tour in July 2014. She sang the song Walk On in New York. Later that month, she performed at the Sandia Casino in New Mexico. Magnus performed at the USANA Amphitheater in Utah in August. On September 3, 2014, she performed at the Ford Idaho Center in Idaho. Magnus helped raise the commercial success of the band’s album Life, Love & Hope.

After the tour, she released the song Wisdom as a soundtrack for the movie The Wisdom To Know The Difference. Magnus recorded another album EP in 2015. It included the songs Wisdom, What A Child Is This, and Old Cape Cod. After a low profile in the early months of 2016, Magnus released the song Breakfast in Bed in November 2016.

She has voiced over cartoon productions like Strange Strangers, and The End Is Nigh.

When not singing, Magnus spends her time knitting garments for pleasure. Her first name Siobhan is Gaelic, an Irish dialect from the Irish countryside. It loosely translates to God Is Gracious. She also goes by the nickname Sio Bon Bon.

She adorns huge trademark glasses and likes doing her own wardrobe. Magnus is famous for performing in strange outfits, unlike her contemporaries who adorn flashy outfits.

Siobhan Magnus started her career with disappointment. She got eliminated in the American Idol show despite being the favorite. She followed in the steps of other celebrities who never got discouraged.

Magnus was inspired to go forth in her career by her family on one side and the lives of her idols on the other. She is now a celebrated singer and guest actor in the US.