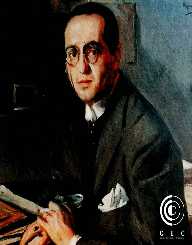 Abraham Valdelomar was born on April 27, 1888, in Peru. His parents were Carolina Pinto and Anfiloquio Valdelomar Fajardo.

As a child, Abraham Valdelomar attended a public school, the Municipal School No. 3 of Chincha. In 1900, he enrolled at the National College of Our Lady of Guadalupe de Lima. He attended this school until 1904. He later attended the National University of San Marcos, beginning in 1905. He later dropped out in 1906 to pursue a career in writing. He later returned to school in 1910 but left again in 1913.

While still in college, Abraham Valdelomar cofounded the La Guadalupana Idea magazine with a friend, Manuel Bedoya. A few years later, he started to contribute to other magazines around Peru. He did a variety of things in these magazines, like writing articles and stories and even drawing comics.

Abraham Valdelomar is most famous now for being a poet. He published his first poem in 1909, titled Ha Vivido Mi Alma. The poem, like most of his other works, was published in one of the many magazines he contributed to at the time. The next year, he published his first short stories in another magazine.

In 1911, Abraham Valdelomar published one of his most famous works: La Ciudad de Los Tísicos. This boosted his popularity. He sold much more copies of his stories around this name, and he became a well-known writer in Peru and other South American countries.

In 1912, he was made the director of El Peruano, a magazine in Puro. The next year, he began working at the Peruvian Embassy in Rome as a secretary. While working in Rome, he wrote Cronicas de Roma. He led this position for a year, before leaving to become an editor La Presena. While working here, he published another book. A year later, he began working as a secretary again, this time for Jose de la Riva Agüero. He held this job for a year.

In 1916, Abraham Valdelomar started his own magazine, Colonida. However, the magazine was not successful and ran for less than a year.

From 1917 to 1918, he focused on his writing, creating some of his biggest hits. He wrote Ensayo Sobre la Psicología del Gallinazo in 1917 and El Caballero Carmelo and Belmonte, El Tragico both in 1918.

In 1919, he took a turn away from writing and went into politics, becoming the representative for Regional Congress for the Peruvian Center.

After his death in 1919, more of his works were published. These works and some of his other popular works are listed below. His posthumous publications have an asterisk next to them.

The Circle of Journalists awarded him the competition prize for his work, La Psicologia del Gallinazo.

He won a national prize for El Caballero Carmelo.