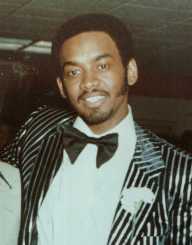 Guy Fisher was a drug Kingpin. Also, he was born in the year 1947 in South Bronx. Also, Guy was a member of the Nicky Barnes gang. The gang doubled up as a Heroine Enterprise by the name The Council. During his later year when he had had the opportunity to take over as the head of the Council, Guy renovated the Apollo Theater. Therefore, in the era, Guy Fisher became one of the black pioneers ever to own and operate the Apollo Theater.

Before that, Guy Fisher became a convicted criminal on multiple occasions including assault and bribery. At the moment Guy Fisher is behind bars. Fisher is serving a life sentence for having been a drug kingpin. Also, his former boss and ally is the one that turned state witness and evidence against him. This was because Fisher was at the time not paying Barnes legal fees anymore.

The baby Guy Fisher was born in the year 1947 to both his parents in the South Bronx, New York. The guy was the eldest child in the family and therefore had a close relationship with his mother. The mother of guy was at the time a pediatric nurse. She was a hard worker and did her best to raise her children in a low-income neighborhood. In the Patterson projects, the father who was supposed to be the breadwinner of the family failed them.

He would most of the time drink himself silly and beat on Guy's mum. Also, the father had an eye out for quick and easy money. So, he would gamble a lot during this period. Moreover, all the time he would take the household money and use it for gambling. Sometime later when Guy was a teenager, the father left home and never came back. Therefore, it is safe to say that Guy Fisher had a complicated childhood.

During this period as the main man of the house, Guy became protective of his family. Also, he would hustle in the streets and help with the money for the household. However, in the Patterson Projects, it was a common thing to see children suffering. Also, most of them lacked any adult supervision. So, it was a common sight to see them in the streets hustling for themselves.

It was during this period that Guy found himself always fighting to hold his own around the blocks. Guy got to love the norm of fighting so much. So, one day while out in the streets, he got into a fight. In the process, Guy struck the other kid that the police had to involve. Therefore, the courts sent him to the Elmyra Reformatory. There, he would be the ward of the state for the better part of two years.

Life after the Reformatory

After serving two years for assault, the young guy got released from the jail. Soon after that, Guy quit anything to do with school. The Elmyra Reformatory did not do him well. The time he spent in there made him a little bit of hardcore. So, Guy hit the streets with a new flavor of hustling. He developed that need for quick cash. Therefore, he sold bags to the customers outside a department store.

Also, Guy would sell clothes at a lower price than the stores themselves. It was in this time that Guy met the young Olive MacDonald. Soon later, they would start dating. Olive then saw the need to introduce the young Guy to Nicky Barnes. Nicky was then the Drug Lord of the Patterson Projects. Nicky had a right eye for young hustlers and soon welcomed Guy to his crew.

Member of The Council

By the time Guy was 25 year of age, he was a member of The Council. In the Council, there were a total of seven inner members and Guy was one of them. They all had members of their crew that they would distribute drugs. Later after the sales, the members would collect the money and divide it among themselves. The deals they made, made Barnes and Guy become very close. In time they chose to make investments together.

In 1974, while driving, the police made a routine traffic stop of Guy's car for violation of traffic law. The authorities found out that Fisher was using a faulty driving license. Also, during the stop, Fisher attempted to bribe the officers. However, they declined the one hundred thousand dollars. The courts sentenced him to prison for nine months.

During this period, the Members of the Council were put under arrest by some undercover cops. It was such a massive scandal that the then president had to step in. Jimmy Carter made sure the authorities dismantled the Council completely. Guy Fisher escaped the charges because he was in prison at the time of the bust and investigations.

After escaping the full net cast by the law enforcers, Guy gave up the drug business temporarily. He took his gains from the prior life and bought the Apollo Theater and put it up for renovations. Therefore, Guy went into a legal business. However, Guy was drawn back in by the lucrative heroin business. Soon, Guy was the new drug kingpin and head of the Council through the help of Barnes. However, after some time, Guy stopped paying Barnes legal fees.

This made his friend jealous and angry. Therefore, Barnes decided to turn state evidence against his partner. The guy was then arrested in the year 1923 through the information that Barnes had given the police. The courts this time round threw the books at him. They sentenced Guy Fisher to life imprisonment without parole. In his time in prison, Guy has written so many books and novels. Also, he got his Bachelor’s degree and Master’s degree. The year 2008 saw him earning his Ph.D. in sociology.