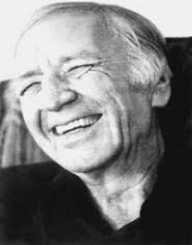 Jim Thompson was an American writer who was best known for publishing crime fiction. His novels are filled with violence and with insight into the minds of psychopaths and people leading difficult lives.

James Myers Thompson was born in the small town of Anadarko, Oklahoma, on September 27, 1906. His family was quite prominent. His father was the sheriff of Caddo County, and he ran for state legislature, but he was defeated. Due to his embezzlement in the sheriff's office, the entire family soon had to move to the state of Texas.

Jim Thompson was a brilliant child, but he was not interested in receiving a formal education. When he was a teenager, he got a job working as a bellboy at the historic Hotel Texas in Fort Worth. This was during the Prohibition, a time when alcohol was considered illegal in the United States. Thompson made a lot of money secretly selling liquor, and even drugs such as marijuana, cocaine, and heroin, to some of the guests in the hotel.

He smoked and drank excessively, and he worked very hard, attending high school by day and working at the hotel at night, so he suffered a nervous breakdown at the age of nineteen. In 1926, he got a job performing difficult physical work in the oil fields. He also tried to start an oil drilling company with his father, but it quickly failed.

In 1929, Thompson enrolled at the University of Nebraska to study agriculture, but he had to drop out only two years later due to financial reasons.

Jim Thompson started writing at quite an early age. By the age of fourteen, some of his work, such as some jokes and short sketches, got published in magazines like Life Magazine and Judge.

In 1929, he published his first more significant work called "Oil Field Vignettes," a series of sketches inspired by his own life and experiences.

Two years later, after dropping out of university, he married his wife Alberta, and they soon had a child. Knowing that he had to provide for his family, Thompson started writing short stories for different true crime magazines such as True Detective and Master Detective.

With the help of his wife and his sister, he searched through the newspapers looking for articles reporting murders, and he then rewrote them from a first-person point of view.

Around 1935, Jim Thompson joined the Federal Writers' Project in Oklahoma. He quickly started to earn a good reputation, and he became the editor for projects such as the Guide to Tulsa and the Calendar of Annual Oklahoma Events. However, a few years later, he lost his job because he was a member of the Communist Party.

In search of better opportunities, Thompson and his family soon moved to San Diego, California. He published his first novel, Now And On Earth, in 1942. It was loosely based on his own life, describing events such as his work in an aircraft factory at the beginning of World War II, and the time he was investigated by the FBI because of his previous links to the Communist Party.

The novel was written in a pessimistic, but calm manner. It got great reviews from critics, but it achieved very little sales. His second novel, called Heed The Thunder, revolved around a violent and chaotic clan in a small community in Nebraska, probably based on his own extended family.

To earn some money to support his family, Thompson took a few jobs writing, reporting and editing for different magazines such as the Los Angeles Mirror, SAGA, and the Police Gazette. He also started focusing more on the genre of crime fiction, so he wrote the crime novel Nothing More Than Murder.

Jim Thompson started working with the small publishing house Lion Books. He formed a good relationship with the editor Arnold Hano, who helped him with plenty of publications.

The period from 1952 to 1954 was the most productive time for Thompson, with him publishing a total of twelve novels in just three years.

His 1952 novel The Killer Inside Me, is arguably his most successful work, shown by the positive reviews from critics and a large number of readers.

The main character, Lou Ford, is a deputy sheriff in a small town who seems like a sweet and not very smart guy, but he is an incredibly intelligent man who continually struggles with his violent urges. The detailed journey through the character's mind acquired considerable praise and admiration.

His success streak continued with novels such as A Swell-Looking Babe, A Hell Of A Woman, Savage Night and others.

After this period Jim Thompson started publishing at a slower pace than before, and he slowly drifted away from the crime genre, opting for a more classic tone instead.

His novels slowly became less and less popular, so he became a screenwriter for episodes of television shows like Mackenzie's Raiders, Cain's Hundred and Convoy. He also wrote the screenplays for Stanley Kubrick's films The Killing and Paths Of Glory, but he got cheated by the famous director, receiving little to no credit or pay.

Although his American sales were diminishing, Thompson found out that his novels had achieved quite a popularity in France, earning him a good amount of royalties.

In the 1990s, three films based on his novels The Kill-Off, After Dark My Sweet, and The Grifters, actually received Academy Award Nominations.

Thanks to Thompson's popularity in France, two of his books, Pop. 1280 and A Hell Of A Woman, became a part of French cinema.

After a tough life full of heavy drinking and exhausting work, Jim Thompson started suffering strokes in the 1960s, but he was able to proceed with his life. In the mid-1970s, he suffered another series of strokes, impairing his ability to speak and write.

Frustrated, not wanting to continue his life being disabled, Jim Thompson simply stopped eating so that he could finally get rid of his misery. He passed away on April 7, 1977, in Hollywood, surrounded by his family.